Clubs nowadays spend a lot of money on new players and while the sporting directors are sometimes spot on with their judgments, they also make errors that can end up costing the clubs a lot of cash. As far as Spain is concerned, Real Madrid and Barcelona have been the biggest spenders in La Liga and no wonder the list of worst transfers mostly consist of their former players. Footballers who either failed to justify the piles of cash invested in them or the ones who were just utterly disappointing during their time in Spain have found their way to this list.

Before making a move to Vicente Calderon, Sergio Asenjo impressed football experts with his performances for Valladolid and Spain youth teams, and Atletico officials invested a lot of time, as well as €6 million in order to sign then one of the hottest prospects in Europe. Nevertheless, not even he could patch up team’s shaky defence and the promising keeper quickly lost his place to another talented youngster, David De Gea, with Los Colchoneros now looking to offload Asenjo and maybe get back some of the money invested in him.

The product of Lyon youth school did wonders at Gerland during the five years since he had appeared on the big stage and in the summer of 2009 he was able to choose where he want to continue his career. Benzema opted for Real in a move that saw los Merengues pay €35 million for his services, with everyone expecting his career to flourish at Santiago Bernabeu. That was simply not to be as the Frenchman first started creating problems off the pitch before his lackluster performances saw him lose his starting place. Benzema ended up scoring just 10 goals in his maiden season in La Liga and it is clear that Jose Mourinho doesn’t see him as the starting striker in his revamped Real side.

The Belarus winger slowly worked his way up from BATE Borisov, via Stuttgart to Arsenal and even though his performances in North London left something to be desired, Barcelona saw him as a perfect fit for their 4-3-3 formation and Hleb moved to Camp Nou for the fee of €15 million. The Belarus, however, never quite managed to adapt to Barca’s playing style and he was offloaded on loan to Stuttgart after failing to score in 36 games he had played for the Catalans. After being informed he was no longer part of club’s plans, Hleb moved on loan to Birmimgham, where he will try to reignite his career.

The mere fact that some of you probably haven’t even heard of this player shows just how successful he was at Camp Nou. Christanval arrived from Monaco for £6.5 million, with the tag of France international but he had a terrible time in Catalonia and quickly moved on to Marseille. After failing to impress at Velodrome as well, he moved to Fulham and that proved to be the last club he ever played for.

The Brazilian arrived to Santiago Bernabeu as one of the best players in the world, but to say he failed to justify the €65 million price tag would be an understatement. The Brazilian had his fair share of injuries that prevented him from showing all he’s got, but even when he was fit, it was difficult to see why he is worth more than a player like Granero for example. He started the new season with yet another injury and we are yet to see if he will ever return to the form that saw him become a household name across the world. 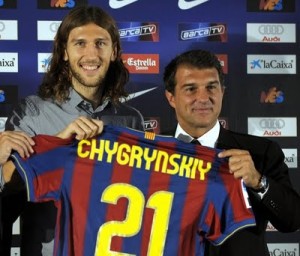 The Ukrainian defender made a name for himself at Shakhtar Donetsk and he arrived to Barcelona as a very experienced player for his 22 years of age. He brought the reputation of being one of the best young defenders in Europe with him but for the player who was paid €25 million euros, he never really showed why he was brought to Camp Nou. After just one year with the Catalans, Chygrynskiy returned to Donetsk, with Barca selling him for €10 million less than they had paid for him.

This is the player voted the worst La Liga signing of the century by readers of one Spanish sports newspaper, but in all fairness, it was the unbelievable injuries that prevented Woodgate from realizing his potential rather than his own disappointing performances. When Real paid £13.7 million for the England international, little did they know that it would take him 13 months to make his debut because of injury. The debut itself could hardly have been more disappointing for the player, having scored an own goal before beings sent off against Bilbao. Despite that major setback, he even managed to establish himself as a first team regular at Santiago Bernabeu, but that was short lived as he picked up another difficult injury before ending his career in Spain and returning to Middlesbrough. 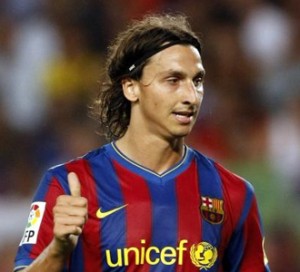 could see that he would upset the harmony at Camp Nou but the Catalans, nevertheless, paid €46 million for his services, as well as sending Samuel Eto’o the other way, making the whole transfer worth €66 million. Having scored 22 goals in his first season in Spain, we cannot really say former Inter striker was a total waste of money, but he failed to command a starting berth in Pep Guardiola’s team and after the arrival of David Villa, Barcelona decided to let him join Milan in a loan deal, but with the Rossoneri having the option to buy his contract for €24 million, in which case Barca would lose the total of €42 million considering the money invested in him.

The Bosnian striker started his professional career at Sarajevo but before playing a single game for the senior side, he moved to Bursaspor, where he scored 42 goals in 87 games for the club. He continued his great scoring form in Fenerbahce and it was his excellent return of goals that saw Real Madrid express interest in him. Los Merengues decided to fork out staggering €26 million for Baljic but the fact that he amassed just 11 league appearances during the three years at the club speaks for itself. Numerous injuries certainly didn’t help but that doesn’t change the fact that he remains one of the worst signings in club history. 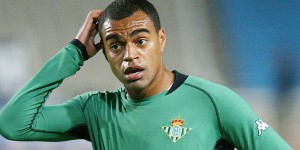 The first place belongs to none other than Brazil World Cup star Denilson, who became world’s most expensive footballer when moving to Betis for £21.5 million in 1998. having invested so much money into the player who was then considered one of the best in the world, Betis expected the Brazilian to lead the side to new heights, but instead the club from Sevilla were soon relegated to the Second Division with Denilson not even standing out of the utterly disappointing side. His career started taking the wrong turn and he has lately been playing for sides like Itumbiara, Xi Mang Hai Pong, which proves how low he has fallen. In January he signed a two-year deal with Greek side Kavala but the club decided to cancel his contract after just three months, during which he failed to even play a single game for the club.

To view more La Liga Transfers for 2010/2011, make sure to visit our Soccer Transfers section.

Real madrid is the worst spender,barcelona only made kleb error,the one of zlatan was due to joan lapota’s stupidity and even barcelona won the league the season zlatan was brought. GOD BLESS BARCA

Elvir Baljic or as the press and fans in Spain dubbed him El Rivaldo Blanco had only one injury – he tore both anterior and posterior circuit ligaments on his left knee, in pre-season just before his debut for Real, which at the time 1998 was almost career ender – it’s a real miracle that guy returned to football at all ! He was out for entire year ! It was such a shame for that guy who had finest left foot in Europe in decades. But, obviously author is clueless, completely – “he failed to impress” – actually, he… Read more »