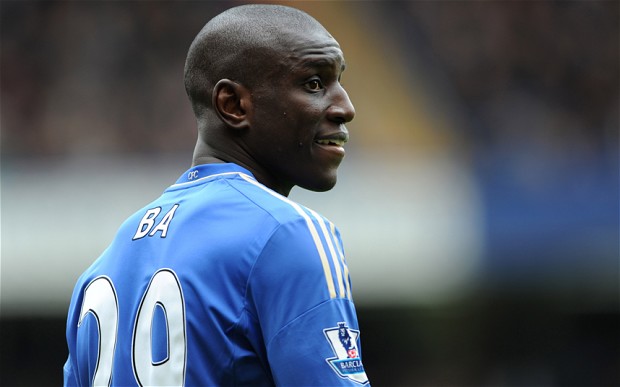 Besiktas president Fikret Orman has confirmed the club are on the verge of signing Demba Ba from Chelsea F.C.

According to the Besiktas supremo, Chelsea initially wanted £10 million for the Senegal international but the Turkish Süper Lig side have successfully negotiated a more reasonable fee for the player.

“Demba Ba is an excellent player, we have been in talks with Chelsea for a long time over bringing him to Istanbul,” Orman said.

“Talks are ongoing. Chelsea initially wanted £10 million for Ba but we have negotiated a price we are happy with.

“We’ll tell the media once the final deal is done.”

Ba’s imminent exit will help the Blues recover a fraction of the £62 million spent to lure Cesc Fàbregas and Diego Costa to Stamford Bridge, as Jose Mourinho continues to build a squad that is fancied by the bookmakers at 15/8 to win the English Premier League title in 2014/15.

In addition to Ba, Oriol Romeu, Romelu Lukaku and Victor Moses are likely set for summer moves away from West London.

Chelsea F.C. left-back Patrick van Aanholt has revealed he will not be playing for the Blues next term despite having 12 months left on his current deal at the club.

The Holland international, who — like Chelsea team-mates Bertrand Traoré and  Lucas Piazon — spent last season on loan at Vitesse, has made eight first-team appearances for the Blues since debuting during the 2009/10 campaign.

Van Aanholt has also spent time on loan in England, with Coventry City, Newcastle United, Leicester City and Wigan Athletic and could be attracting interest from several Premier League clubs.

However, Dutch Eredivisie side Feyenoord are reportedly leading the race for the left-back after losing the likes of Bruno Martins Indi and Daryl Janmaat to F.C. Porto and Newcastle United, respectively, this summer.

When asked where he would ply his trade next term, van Aaholt said: “Where will I play next season?”

“I don’t know yet. It definitely won’t be at Chelsea. I am done here.”

In other news, Liverpool have completed the signing of Serbia international forward Lazar Markovic from Portuguese giants S.L. Benfica for an undisclosed fee believed to be in the region of £20 million.

“Liverpool FC are delighted to announce the signing of 20-year-old Serbia international Lazar Markovic from Portuguese side Benfica,” read a statement on the Reds official website.

“The versatile attacker, who is capable of excelling in any forward position, joins the Reds on a long-term deal after a season of remarkable success with the Lisbon-based club.”

Markovic bagged seven goals in 49 appearances across all competitions for Benfica last season.