Confederations Cup: Is Russia Prepared to Throw the Main Party? 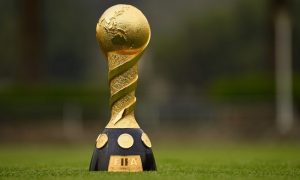 Looking at the 2017 FIFA Confederations Cup from a double-sided perspective, Russia will have mixed feeling towards the tournament which was supposed to be a general rehearsal for the 2018 FIFA World Cup hosts.

First of all, speaking from a football point of view, the 2017 FIFA Confederations Cup turned out to be a disaster for Russia.

The Sbornaya Komanda opened the 2018 FIFA World Cup rehearsal event by beating New Zealand 2-1 in a game that offered little promise to fans who were hoping to see Stanislav Cherchesov’s side present itself as a competitive unit ahead of the main event less than a year from now.

The fans’ hopes suffered another blow after a 1-0 loss to reigning European champions Portugal in the second match of the group stage. Cristiano Ronaldo’s early opener was enough for Fernando Santos charges to see off a defensive-oriented Russian side, that struggled to break forward and do anything to put pressure on Rui Patricio’s goal for the best part of the match.

Russia failed in its shot at redemption against Mexico on Saturday, as the ten-man 2-1 defeat at the hands of El Tri saw the hosts bow out of the Confederations Cup. Russia lacked composure and consistency throughout the match, ultimately losing its head, and Yuri Zhirkov in the second half.

A disappointing group stage elimination teaches us that Russia is still a long way off from being considered a European football force.

Still, the overall tournament which will head into the semi-final round after the Sunday’s matches proves that Russia is more than capable of throwing a great tournament and that safety concerns over the World Cup have been premature and built on negatively biased presumptions.

The 2017 FIFA Confederations Cup has been a smooth event thus far. With less than a year to go until the World Cup kicks off at Luzhniki Stadium in Moscow, the authorities’ promise of a spectacular, exciting World Cup finals next year now must be taken seriously.

The standard concerns relating the stadiums being ready and security issues have all been banished by a close-to-impeccable organisation. FIFA’s detailed inspections brought no reason to be worried and preoccupied and apart from a couple of poorly signposted stadium glitches and ticket system malfunctions which were quickly addressed, there were no major complaints on Russia’s Confederations Cup organisation.

Cameroon coach Hugo Broos pointed out towards a potential traffic problem, which currently stands as the major organization-wise issue ahead of the World Cup. Logistical glitches have angered the Cameroon head coach, whereas the African fans had nothing but kind words to share for the organisers.

Perceived as a vastly xenophobic country with a highlighted hatred towards people of different skin colour and especially sexual orientation, Russia is believed to have done plenty to clear its name during the 2018 FIFA World Cup rehearsal.

Hooliganism has been another burning issue ahead of this year’s eight-nation event in Russia. Ugly scenes from last year’s Euro 2016 in France when Russian hooligans threw a major shadow on the tournament, marring it with incidents and fighting got everyone thinking ahead of the 2017 FIFA Confederations Cup.

Festival of Football instead of Violence

Notorious Russian hooligan groups are relishing the opportunity to meet with rival units on home soil, especially targeting English supporters due to perceptions of their past. The disreputable assemblies were thought to be prepared to throw tantrums during the Confederations Cup, but instead of hosting a festival of violence – as native hooligans call the World Cup – the organisers and Russian authorities have taken all necessary precautions to hold a tournament which has so far been a peaceful celebration of football.

A senior interior ministry official, Anton Gusev, revealed that the total of 191 thugs and hooligans were ‘blacklisted’ and that the country’s officials are ‘analysing potential threats’ ahead of next year’s event.

Russian police have demonstrated knowledge and expertise at picking out potential trouble makers and the impeccable Confederations Cup can truly serve as a fine indication of things to come.

An indication of a safe and secure, exciting football event we all hope World Cup 2018 will be.