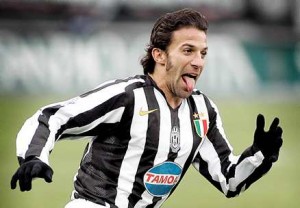 D.C. United and Juventus, the Italian Serie A champion have confirmed their match at RFK Stadium on July 28 at 6 p.m. The match, to football fans delight is finally official.

The Turin-based team clinched its 28th Serie A title two weeks ago and recorded the first undefeated season (23-0-15) in the country’s top division since AC Milan in 1992. The club scored 68 goals and conceded just 20. This weekend it will seek the Italian Cup title against Napoli.

Juventus, heading into the regular season finale Saturday against Atalanta, is planning to play two or three matches on the North American tour. Other cities under consideration include Montreal and Las Vegas.

Tickets, scheduled to go on sale next Monday, will cost $35 to $65 before service charges.

D.C. United is an American professional soccer (association football) club based in Washington, D.C. which competes in Major League Soccer (MLS). It is one of the ten charter clubs of MLS, having competed in the league since its inception, in 1996.

Over the club’s history, D.C. United has been considered to be the flagship franchise of MLS, having won 12 international and domestic titles. Domestically, United has been one of the most successful MLS clubs. United has won the U.S. Open Cup twice, and holds an MLS record for most MLS Cup and Supporters’ Shields apiece, winning each honor four times. United was the also the first club to win both the MLS Cup and MLS Supporters’ Shield consecutively.

Juventus Football Club commonly referred to as Juventus and colloquially as Juve are a professional Italian football club based in Turin, Piedmont. The club is the third oldest of its kind in the country.

Juventus are historically the most successful club in Italian football and one of the most laureated and important globally. Overall, they have won fifty-two official titles on the national and international stage, more than any other Italian club: a record twenty-eight league titles, a record nine Italian cups and four national super cups and, with eleven titles in confederation and inter-confederation competitions (two Intercontinental Cups, two European Champion Clubs’ Cup/UEFA Champions Leagues, one European Cup Winners’ Cup, a record three UEFA Cups, one UEFA Intertoto Cup and two UEFA Super Cups) the club currently ranks fourth in Europe and seventh in the world with the most trophies won.