European Under-21 Championship: Previous young stars who have made it to the very top 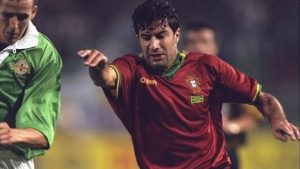 The European Under-21 Championship kicked off this weekend and, as always, there will be an array of young talent determined to make a name for themselves.

Italy’s Gianluigi Donnarumma, Spain’s Sandro Ramirez and Germany’s Serge Gnabry will be hoping they can get their hands on the best player award, among plenty of other special individuals.

Quite often, players who have done so have often gone on to have long, illustrious careers in the game and managed to win the world’s best trophies.

We take a look at some of the stars who have previously won the award and how successful they went on to be.

The Dinamo Zagreb youngster scored six goals as Yugoslavia reached the final of the competition where they lost 7-3 on aggregate over two legs to the USSR. It proved to be a big step in the career of the striker who went on to win the Champions League with Real Madrid CF in 1998 and in the same year he scored six goals for Croatia in the World Cup as they finished third. Quite remarkably, he also came third in FIFA’s World Player of the Year. His heroics earned him a place on the FIFA 100 list of top footballer’s, the only Croatian on the list.

The 22-year-old was already an established Portuguese international by the time he helped the Under-21’s reach the final in France. Unfortunately for Figo, they lost 1-0 in extra time to Italy but it was an indicator how successful his career was going to be. The attacking midfielder won the Ballon d’Or in 2000, the FIFA World Player of the Year in 2001 and won several high-profile trophies, including four La Liga titles, four Serie A titles, one UEFA Champions League and two UEFA Super Cups. He was also one of the few players to play for both Barcelona and Real Madrid.

The defender was part of an Under-21 team that won successive titles in 1994 and 1996. Across two tournaments Cannavaro only conceded three goals which was the start of a formidable international partnership with Alessandro Nesta. He helped Italy win the 2006 World Cup and he was also named FIFA World Player of the Year and won the Ballon d’Or shortly after. It made Cannavaro only the third defender of all time to win the award.

One of the best midfielders to ever grace the game, Pirlo was part of an Italy team who won the tournament in 2000 and he also won the Golden Boot award alongside the Golden Player. Gli Azzurri came up against the Czech Rebublic where they won 2-1 as Pirlo scored both goals. He went on to win six Serie A titles, two UEFA Champions Leagues and of course the World Cup in 2006. At the age of 38, Pirlo is still plying his trade now in America where he plays for New York City FC.

Ash is a freelance football writer who lives, breathes and dreams the beautiful game. A lifelong Wolverhampton Wanderers season ticket holder, if he isn't at Molineux then he will be watching any game on television that he can set his eyes on. Producing work for various football websites and publications, Ash has also written for regional newspapers and global magazines.