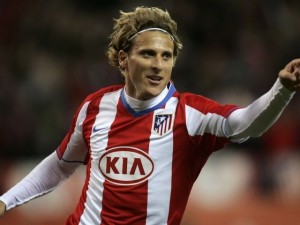 The Bianconeri are desperately looking for a striker after Fabio Quagliarella picked up a serious knee injury, and they have already enquired about the availability of the Uruguayan forward.

Juventus initially asked to take the striker on loan until the end of the season, but since Atletico are not too keen on this arrangement, it looks as though the Old Lady will have to delve deep into their pockets if they want to sign Forlan.

The 2010 World Cup Golden Ball winner is currently valued at €15 million and earns around €4 million per season, meaning the Bianconeri will have to sell a couple of fringe players in order to raise the money for the assault on the Uruguayan, even if the betting experts over at Free Betting don’t believe Atletico are prepared to let him go, and they have indicated that the transfer odds for the player moving have gone up in recent days.

Juventus general manager Beppe Marotta plans to raise the needed funds by selling Amauri and Momo Sissoko, before launching an official bid for Forlan, as he believes the player would be a great addition to Luigi Del Neri’s squad.

The Old Lady started the new year with back to back defeats to Parma and Napoli, thus putting their Champions League qualification in danger and there is no doubt a player like Forlan could help the Bianconeri kick-start this season.

After seeing how well Milos Krasic has fared following his big money move from CSKA Moscow, Juventus chiefs  believe another big name signing would be better than few average players and I wouldn’t be surprised if they break the bank to sign Forlan.