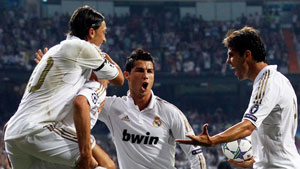 International friendlies are much anticipated as much as huge soccer tournaments. Fans would always want to see their favourite team in action even if friendlies won’t gain each team trophies or prizes. Fans of LA Galaxy and Real Madrid are in for a big treat as the two soccer teams face each other at The Home Depot Center on Thursday, August 2. The LA Galaxy, Major League Soccer and CAA Sports are proud to announce that the La Liga Champions Real Madrid will play with the Galaxy. The game will kick off at 7:30 p.m. and played as a part of the World Football Challenge. Ticket information of this grand game will be released in the future.

The game would be the second friendly for this Summer held at the Home Depot Center as Galaxy is also scheduled to face Tottenham Hotspur on Tuesday, July 24.
“We are excited to give our fans a chance to see the Galaxy take on one of the best clubs in the world in Real Madrid,” said Galaxy COO, Chris McGowan. “This will be a tremendous event for Southern California soccer fans, especially with the opportunity to see this game in such an intimate setting as The Home Depot Center. It will truly be one of the must-see sporting events of the year.”

This will be the fourth time that the Galaxy face Madrid in Southern California and the first time that the two sides will meet at The Home Depot Center since 2005 when David Beckham made his Southern California debut in front of a capacity crowd of 27,000, helping Madrid to a 2-0 victory. The two sides met at the Rose Bowl in 2010 with the Galaxy taking a 2-0 halftime lead before falling 3-2 in front of more than 89,000 fans. Last summer, the teams met at the L.A. Coliseum, with more than 56,000 fans seeing Spanish side win 4-1. 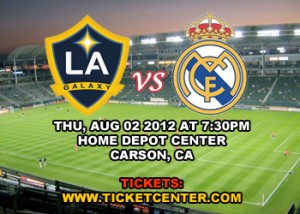 Jose Mourinho, one of the most successful managers of Soccer will once again lead Real Madrid into Southern California for the start of their preseason. His squad of international stars is led by Portuguese forward Cristiano Ronaldo, who has a team-best 45 goals in the league and 58 in all competitions. He is joined up front by Karim Benzema, and Gonzalo Higuain who have each scored more than 20 goals in La Liga this season. World Cup winners Xabi Alonso and Kaka as well as young stars Angel Di Maria, Sami Khedria and Mezut Ozil and many more will support the trio.

Apart from the strong forward and midfield players, the defense of the La Liga champions is applauded with World Cup winner and club captain Iker Casillas leading the way in goal for Jose Mourinho’s squad. Sergio Ramos, Ricardo Carvalho, Fabio Coentrao and Pepe make a good team of marshals.
One of the largest and most successful soccer exhibitions ever staged in North America, the World Football Challenge brings together many of the world’s most accomplished and celebrated soccer clubs to play in major sports venues across the region.