Manchester City started the defence of their Premier League title with a resounding 5-0 win over West Ham.

Raheem Sterling was in sparkling form, plundering a hat-trick, with Gabriel Jesus and Sergio Aguero also on target in a game that suggests the rest of the league will have their work cut out stopping Pep Guardiola’s side marching to a third consecutive title.

Liverpool, who pushed City so close last season, also picked up where they left off, scoring four first-half goals to defeat promoted Norwich City 4-1 at Anfield.

Marcus Rashford scored twice as Manchester United thumped Chelsea 4-0 at Old Trafford, while Harry Kane was at his ruthless best as Tottenham came from behind to see off Aston Villa 3-1.

City laid down an ominous marker in their opening game of the season, sweeping aside West Ham with apparent ease.

The result means they have won their last 15 Premier League games – three short of their own record of 18 set between August and December in 2017.

Central to their success was Sterling, who became just the eighth player to score a hat-trick on the opening weekend of a Premier League campaign, and the first since Didier Drogba in 2010.

Jesus was a surprise starter ahead of Aguero but the Brazilian repaid his manager’s faith with the opener – his 13th goal in his last 10 starts.

West Ham, meanwhile, have now lost their last four opening fixtures to a Premier League season, including each of the last three by an aggregate score of 0-13. 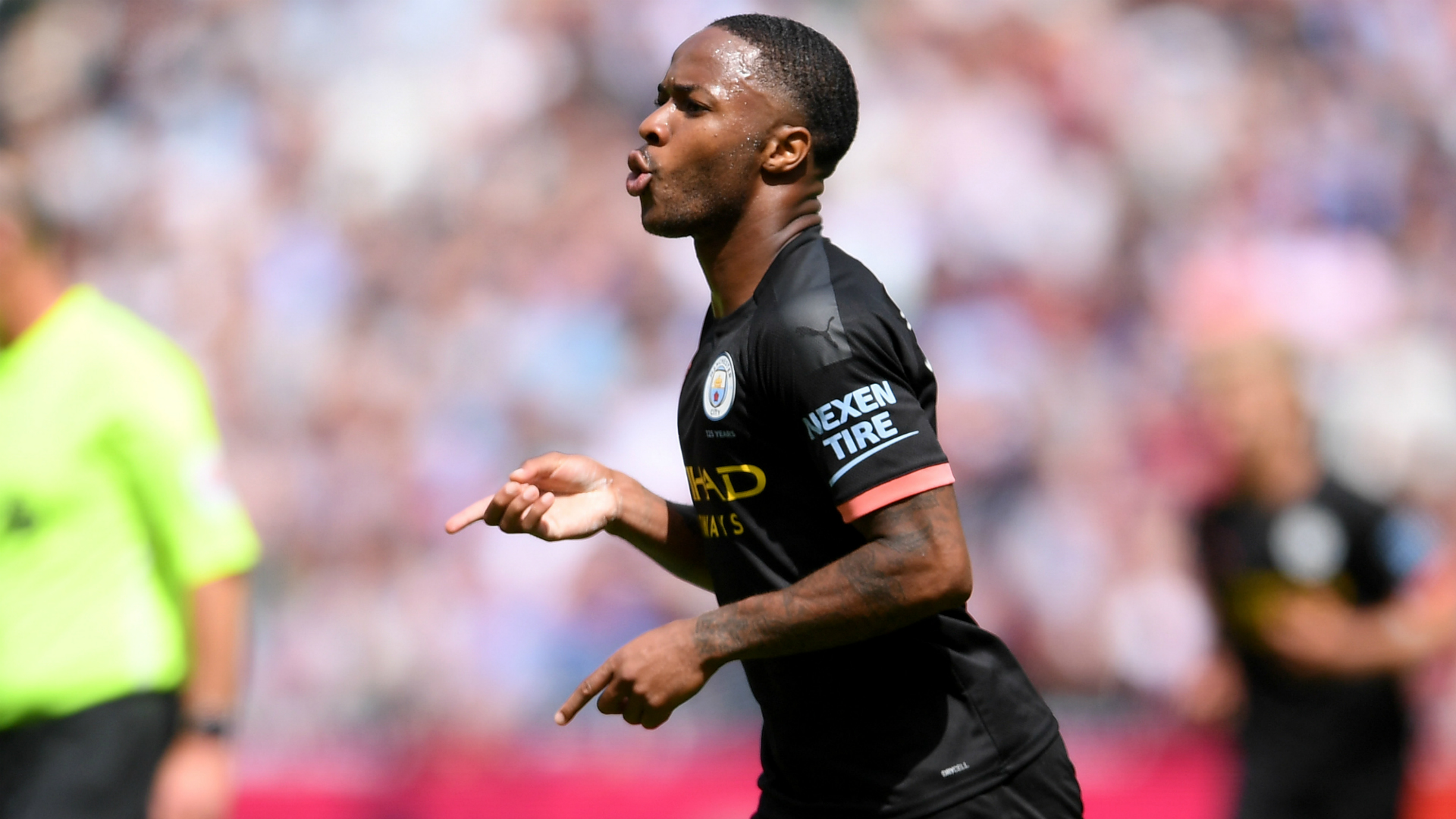 Norwich experienced a baptism of fire on their return to the top flight on Friday, with Liverpool racing into a four-goal lead by half-time.

The Reds scored three goals in the opening 30 minutes for the first time since February 2014 when they were 4-0 up after just 20 minutes against Arsenal.

One of those goalscorers, Mohamed Salah, extended his impressive opening-day record, which has seen him score in Liverpool’s first Premier League match of the past three seasons.

Trent Alexander-Arnold was typically impressive at right-back and his assist for Divock Origi’s goal means he is the first player to register an assist in five consecutive top-flight games since Mesut Ozil in 2015.

It should perhaps come as little surprise that Norwich left Merseyside with nothing given their woeful record on the opening day – they have won their first match of the league season in just one of the last 17 seasons. 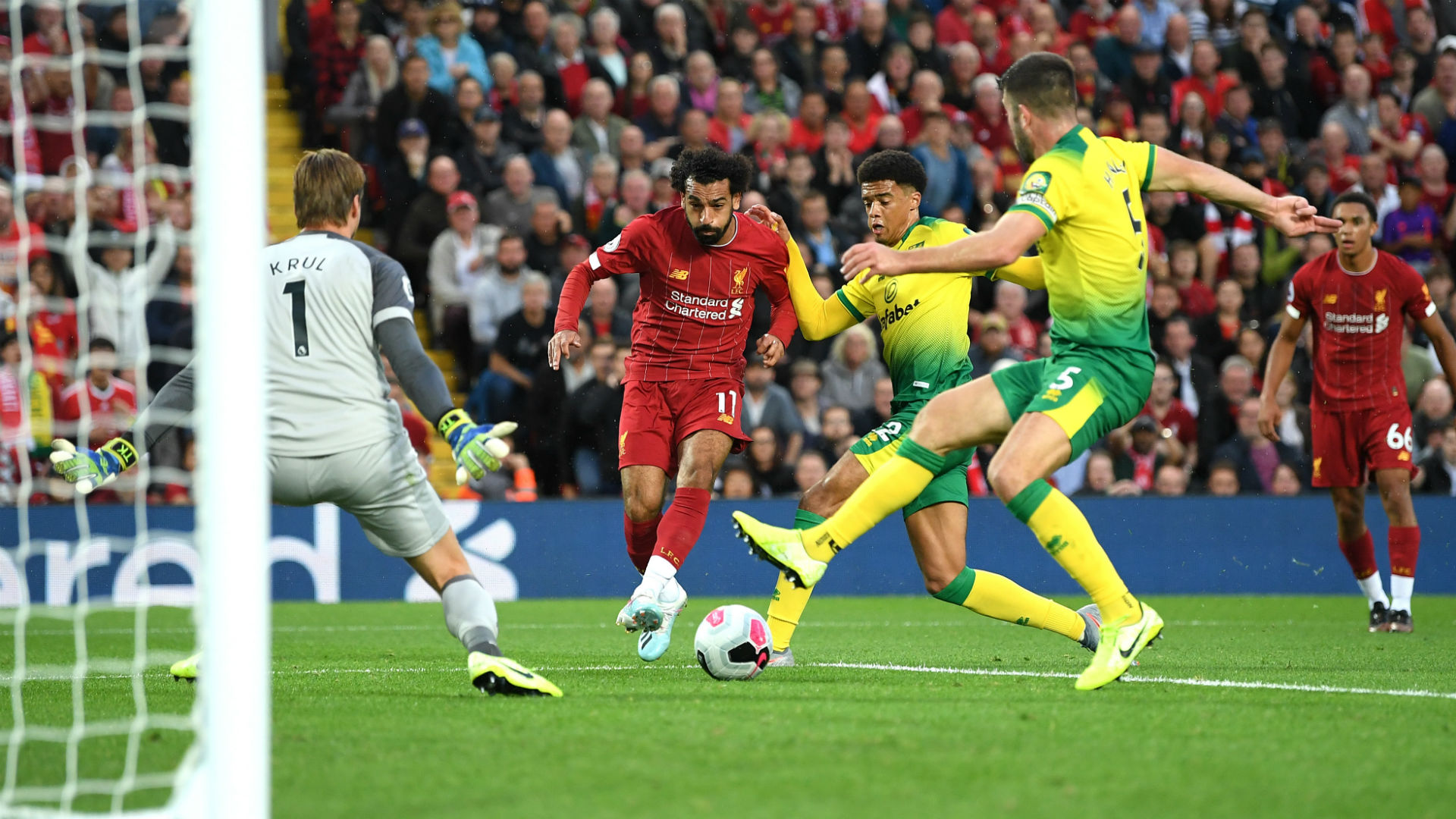 Manchester United’s resounding Premier League win over Chelsea on Sunday was their biggest top-flight victory over the Blues in 54 years.

United were not at their best against Frank Lampard’s side but they proved lethal in front of goal, with strikes from Rashford (2), Anthony Martial and Daniel James enough to secure all three points.

The last time the Red Devils beat Chelsea by such a margin in the league was in March 1965 under Matt Busby, when they also won 4-0.

As well as suffering the joint-heaviest defeat of his brief managerial career to date, Lampard was dealt the biggest reversal by a Chelsea boss in their first game in charge since Danny Blanchflower oversaw a 7-2 loss at Middlesbrough in December 1978.

The defeat also means Chelsea ended a day in the Premier League relegation zone for the first time since September 2000. 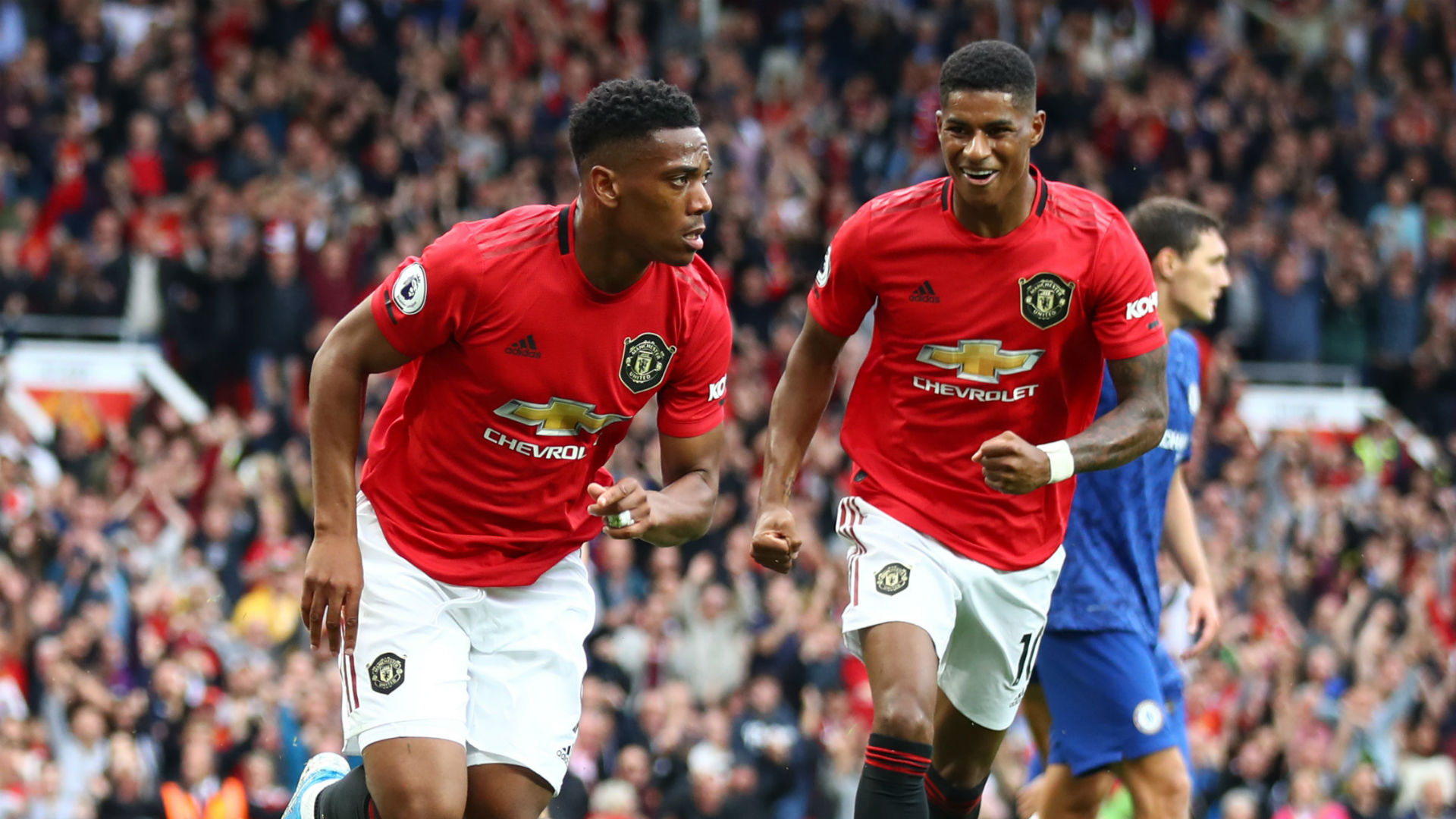 Tottenham once again were indebted to Kane’s clinical finishing as they claimed all three points against Villa.

The England captain’s two late goals mean he has now scored six goals in as many Premier League games against the Villains.

Mauricio Pochettino’s side had earlier cancelled out John McGinn’s opener courtesy of Tanguy Ndombele’s strike from distance, making the Frenchman the first player to score on his Spurs debut since Eric Dier in August 2014.

Defeat for Villa, meanwhile, continued Jack Grealish’s unfortunate run, which has seen him lose each of his last 19 Premier League games – the longest run of consecutive defeats suffered by a player in the history of the competition.