Leicester City striker Jamie Vardy has 14 goals for the Foxes this season with nine in his past seven Premier League games.

The 32-year-old’s current sequence has also drawn comparison with another of his hot streaks when Leicester last won the league.

Vardy’s incredible run of scoring 11 matches in a row, which broke Ruud van Nistelrooy’s record of 10 goals in consecutive matches, was one of the most memorable moments of Leicester’s championship-winning campaign of 2015-16.

“I don’t think he is,” Rodgers said, when asked if Vardy was thinking about breaking for the record again. “I think he just looks to the next game.”

2019-20 – In comparison with their title-winning campaign in 2015-16, Leicester City are currently posting superior numbers this season on a per game basis across the following metrics: Goals, Goals Conceded, Shots, Shots Faced, Possession and Points. Impressive. pic.twitter.com/GK3zDRCx5I

When Vardy is flying, so are Leicester. There is something more than reminiscent about his current ruthlessness in front of goal. Or is there?

Vardy seems to be attempting fewer dribbles this time around – his tally of 13 so far is proportionally lower than the 33 he made in those record-breaking 11 matches. A sign, perhaps, his style is not quite as tenacious and direct as a few years ago.

He is marginally down on the number of shots on goal, too. He has attempted 24 shots in the past seven games versus 49 in 11 during 2015.

Vardy does, though, have two assists to his name during this streak against none last time around. An indicator of his experience, intelligence and awareness.

“I love his energy,” said Rodgers. “I love his passion. He actually loves football, which helps. He knows the game.” 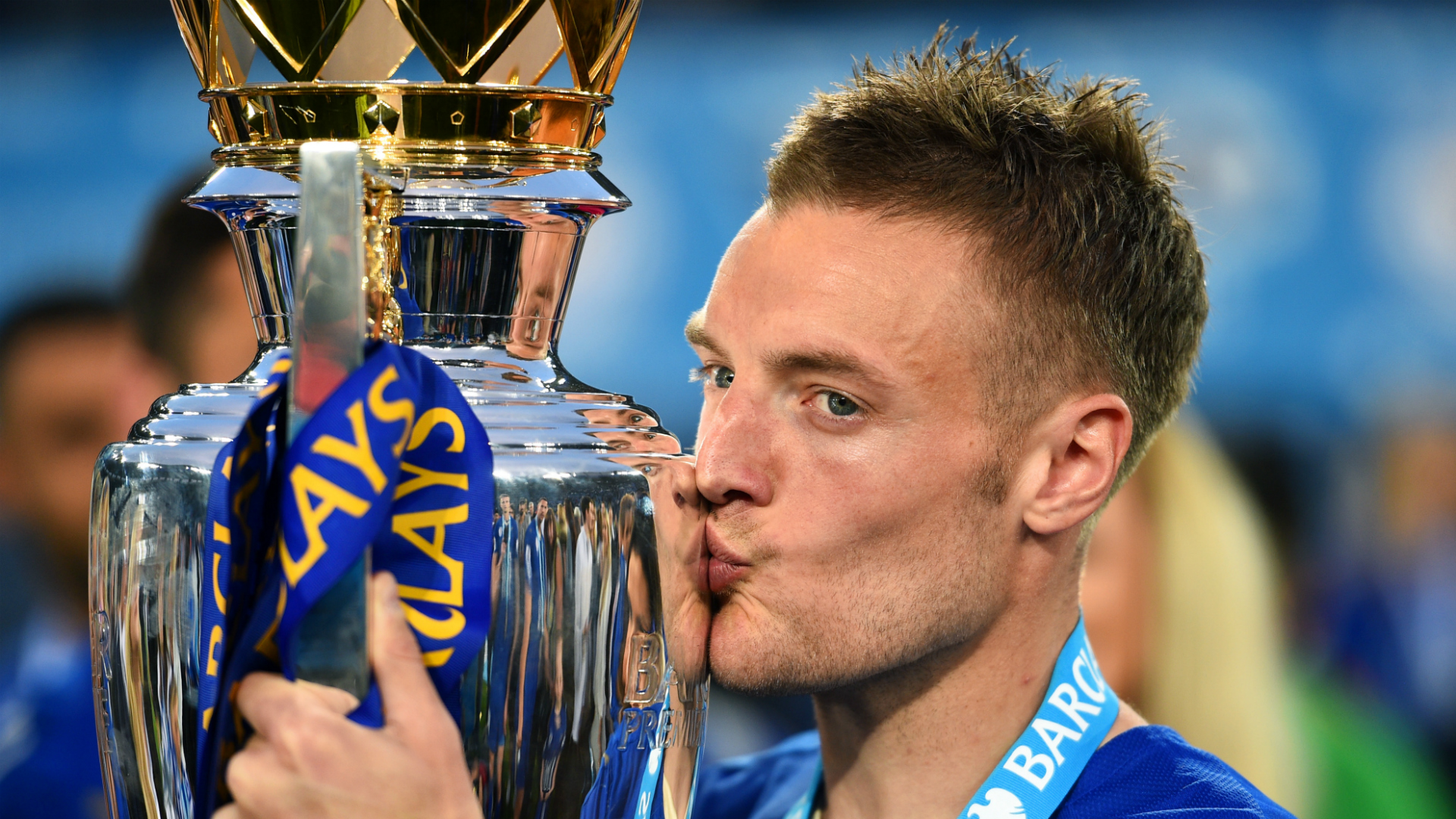 The well-documented pre-match routine has remained the same for Vardy under Rodgers.

Vardy still downs three cans of Red Bull, sips a double-expresso coffee and munches on a cheese and ham omelette ahead of kick-off.

He also remains as committed and hungry as ever, even though he turns 33 next month. It was only eight years ago he was working in a factory before turning professional for Fleetwood Town.

In the build up to the campaign, Vardy came back leaner and meaner than he has ever been. The Telegraph reported his pre-season his fitness statistics were 21 per cent better his best score in 2012, the year he joined the Foxes.

He has also been more accurate during this goalscoring streak. Vardy has a shooting accuracy of 72.7 per cent and a shot conversion of 37.5 per cent in his present run compared to 62.2 and 26.5. 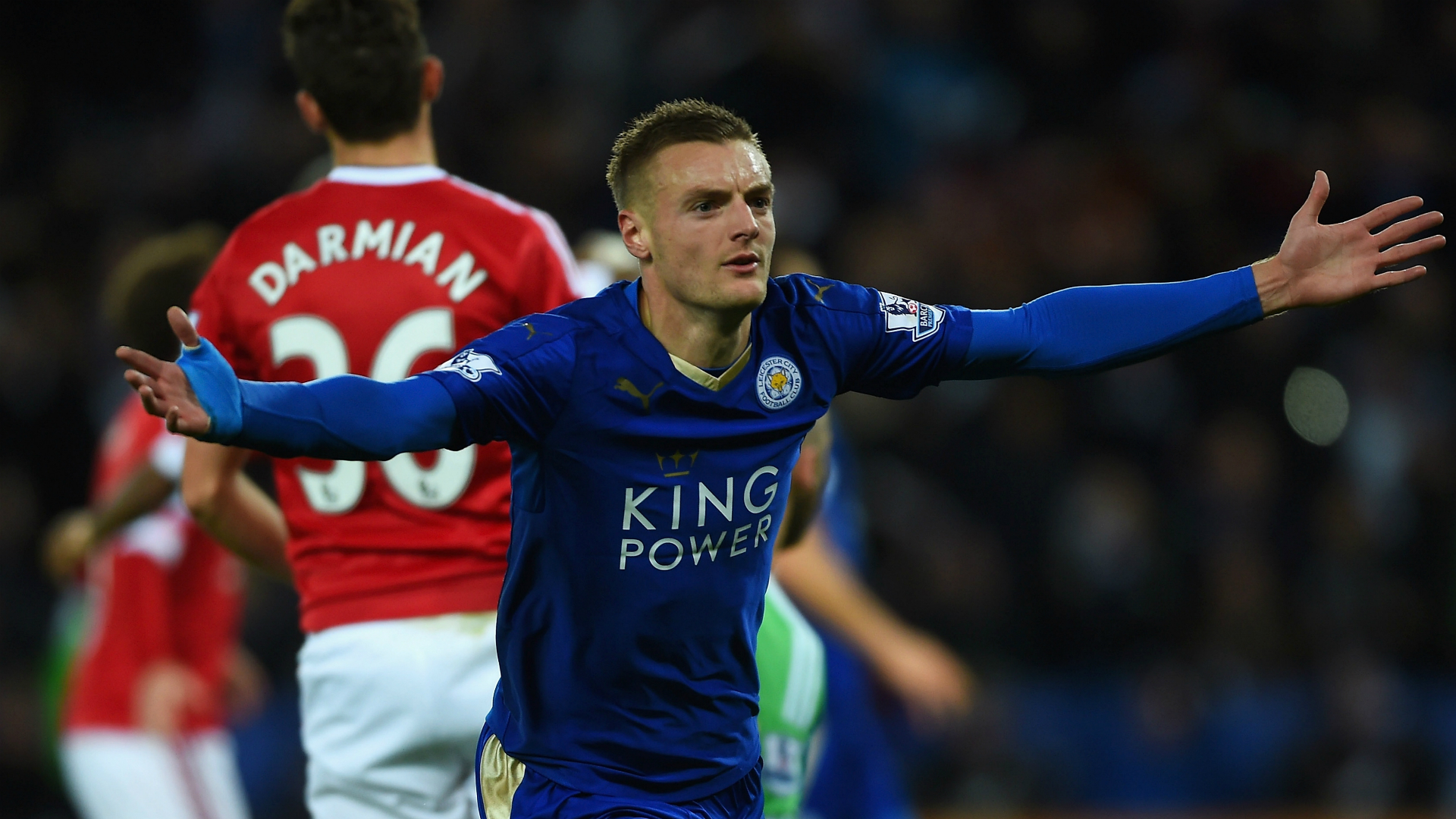 Five goals in five games would see Vardy break the record he set in November 2015.

Leicester’s next five games are Aston Villa (a), Norwich (h), Manchester City (a), Liverpool (h) and West Ham (a) and Vardy will be a near-certain starter provided he does not pick up an injury or suspension.

On paper, Liverpool and City might present Vardy’s biggest test but he actually boasts an impressive record against the Premier League’s top clubs.

His seven goals in 10 games against Liverpool is only bettered by the nine he has scored facing Arsenal in the same number of matches – no wonder they wanted to sign him in 2016!

Against defending champions City, he has four goals in 10 appearances, one in four against Villa, one in two versus Norwich and three in nine against West Ham.