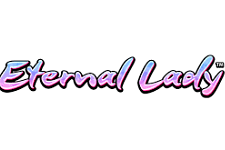 “Enjoy this Asian-theme video slot and, with a bit of luck, you could end up winning payouts of 2,000x your stake!”

If you like Asian-themed slot games, then Playtech has a real treat for you. Eternal Lady is a nicely-designed game offering solid though not spectacular payouts. Nevertheless, this is an exciting game with enough features to make players entertained.

Eternal Lady is a 5-reel, 3-row video slot with 50 paylines, offering players plenty of ways to scoop handsome prizes. The list of features on offer includes the Mooncake feature, the Free Spins rounds, extra Wilds, stacked Wilds and the Fire Blaze Respins feature, which is crucial for winning the game's biggest prize, the Grand Jackpot. With a bit of luck, punters can look forward to payout going up to 2,000x the original bet.

Look up to the sky and aim for the moon, and Eternal Lady may smile upon you.

On the reels, which are set against blue and purple clouds, players will encounter the usual set of low-value playing card symbols, while icons such as lotus flowers, vases, lanterns and lucky white rabbits will award more generous prizes. The rabbit is the most lucrative symbol among them, giving payouts worth 40x the bet for all 5 across a payline.

The Goddess serves as Wild, substituting for all other icons bar Scatter and the moon, appearing on all reels except the leftmost one. The moon is the game's Bonus symbol, appearing on reels to award prizes of up to 50x the original bet.

Be on a lookout for Scatter as landing 3 or more of them will trigger the Mooncake feature. Once this feature is on, players get to pick from 4 Mooncakes, which can trigger either the Free Games round or the Fire Blaze Respin feature. The former can get you up to 24 spins in total, combined with 180 extra Wilds on the reels, while the latter offers the chance to win one of 3 jackpots on offer. The biggest prize worth 2,000x the stake is won when all the fields on the grid are filled with the moon symbols!

"Eternal Lady is a nice-looking slot with simple, yet engaging gameplay offering massive wins of up to 2,000x the stake in the main game. Its most appealing feature is the Fire Blaze Respin feature, which has the potential to award a prize of 2,000x the original wager when all fields on the grid get filled with the right symbol"