Buying a football shirt of your favourite team is a good way of showing your appreciation for the club and also supporting them financially, while we also have to admit that wearing a football jersey of a top European club simply looks cool. Football clubs nowadays release new official shirts ahead of every new season, and if you are not in a position to watch your beloved club live and buy the official kit in a shop at the stadium, you can simply purchase it online and have it delivered to your home in the matter of days.

It is quite easy for Juventus fans living in Turin or Real fans living in Madrid to purchase an official shirt from the club stores, but if you are one of those football enthusiasts who support a club from a different country, then this will not be an easy task. Nevertheless, we can help you secure official football shirts at fair prices, provided to you by reputable retailers with a proven track record of delivering high-quality goods to customers from all over the globe. 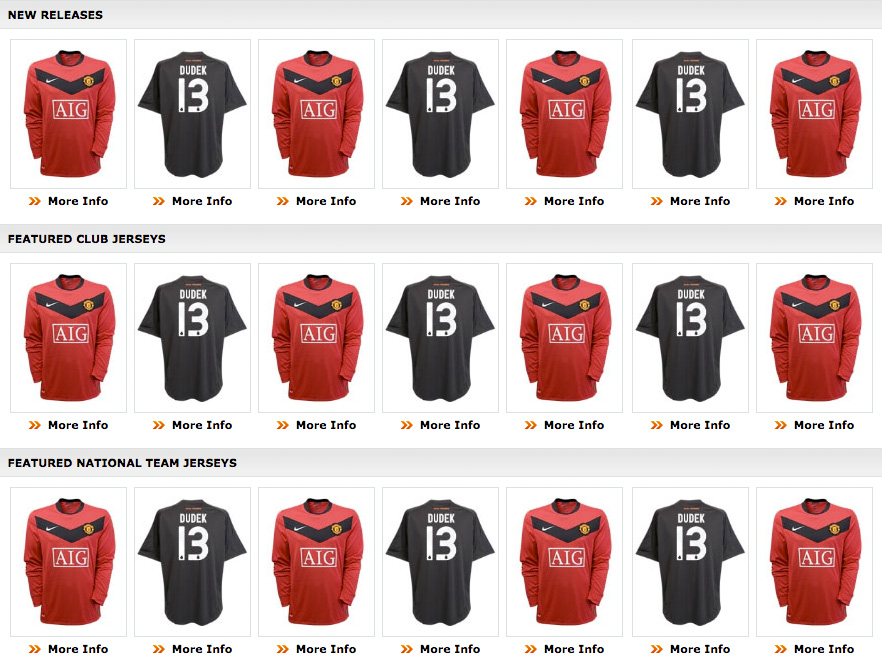 Difference Between Replica and Official Shirts

Some people believe that “replica” shirts refer to cheap knock-offs or fake shirts that only resemble the official football shirts sold by the clubs and national teams, but that is not really the case. Replica shirts are actually official club merchandise sold in club shops and online stores that are only slightly different to football jerseys worn by high-profile players in actual matches. Since replica shirts are unlikely to be used in match conditions, these are usually characterised by looser fit and may lack a couple of performance enhancing features, but other than that are almost identical to shirts worn on match days.

Both official shirts and replica jerseys are produced by leading manufacturers such as Adidas, Nike and Puma, so you can rest assured that the shirts you buy in online stores are of very good quality and should stay in perfect shape for many years.

While the majority of football shirts sold online are official replica shirts that are brand new and very similar to the ones worn by actual players in football matches, you can also buy jerseys that were worn by well-known football players in official matches. This way you can become a small part of a top European football match, and while match worn football shirts do cost more, they are definitely worth more and might be even sold for profit at a later date.

Football shirts are not the only pieces of equipment you can acquire that were worn by top football players, as you can also purchase their football boots, match balls and more. While official football shirts are sold brand new and meant to be worn while watching the matches or strolling around town, chances are you will not be wearing the match worn shirts, but they can rather be a great addition to your living room or a man cave if you frame them and hang them on a wall.

You do need to be careful when buying match worn shirts and other memorabilia as you need to be sure that these were actually worn by football players in question. The best way to be safe is to only buy these at reputable retailers featured on our site that also provide a Certificate of Authenticity with every item purchased at their site.

Official football shirts and match worn memorabilia are a great way for the fans to get one step closer to their favourite teams and players, and purchasing these online can have many advantages over buying them in land-based shops. The competition among online stores means that you will often be able to buy these at bargain prices with free shipping included, while you can easily and quickly navigate through the catalogues and find the items you are interested in. You can rest assured that all the stores found on our site boast impeccable reputation and proven track record, so all you need to do is pick your favourite shirt and wait for it to arrive.