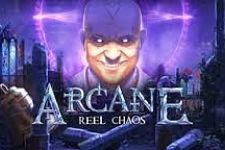 “What do you get when you combine magic, superheroes and NetEnt’s talented artists? You get a gorgeous slot that’s begging to be played over and over again. Come enjoy a multi stage free spins bonus and a jackpot worth over 1,000x your total bet!”

NetEnt’s usually not the type to repeat a theme, so we were surprised that this was the follow-up to Wild Worlds. Of course, while they’re both super heroes fighting bad guys, the tone is much different. This isn’t a cheery game that skirts the acceptable boundary of child-friendly. This release that has you fighting a powerful psychic who’s not afraid of murdering your heroes and tossing them aside!

Gameplay is defined by its numerous special features. Initially, it may look unassuming, with a 5x3 board and 20 fixed paylines, but don’t let it fool you. There’s a total of four bonuses that are activated at random: one for each superhero. And if that’s not enough for you, there’s a multi-stage free spins round that has you fighting Deep Pockets – our resident villain.

The Spin button occupies the middle of the action bar, and pressing it makes the reels move. Players can change their total bet by adjusting their coin value between $0.01 and $10. This means a minimum wager of $0.20 and a maximum worth $200 on every spin.

Symbol designs are a mixture of playing card royals, the four superheroes, and our bald, grinning bad guy. His name is Deep Pockets – and, fitting to his name, he’s the most valuable icon of the bunch!

To win, collect three or more identical symbols in adjacent positions, starting with the leftmost reel. All wins must follow one of twenty fixed paylines, or the cash prize won’t be awarded.

There’s a lot of special features to talk about, so let’s list through them! First off, we’ll be bundling all four randomly activated bonuses under one list. These are:

• Psyop’s stacked Wilds: Three stacked Wilds are added to the board to cover an entire reel. Two or three reels can be covered using this special feature.

• Flare’s multiplier: The multiplier randomly increases to 3x, 4x or 5x for a single turn. This bonus only fires during normal gameplay after a win occurs.

• Chrono’s re-spin: After a no win spin, there’s a chance all five reels will be spun again. These re-spins continue until a win is awarded. After each re-spin, your multiplier increases by one, for a maximum 10x increase.

The other special feature is the free spins round! Snag three Scatters in the right spots to activate it, and lead our heroes in a fight against Deep Pockets. There are four stages to the fight. The first level starts off easy, as he has low health and a small multiplier. Each level up boosts his power – but also rewards you with a stronger multiplier. If you survive after level four, you get an extra bonus.

Arcane Reel Chaos has a medium variance, and an RTP of 96.81%. Your maximum win is 1212.5x, and is only available during free spins.

"It’s a good addition from NetEnt, who opted for a feature rich design this time around. Personally, we’re big fans of this, though we do wish the jackpot was a little higher. It’s got our recommendation – check it out in the following casinos"

“Join your favourite superheroes, and win payouts of up to 16,000x your wager in this exciting game inspired by the Justice League comic book. “ 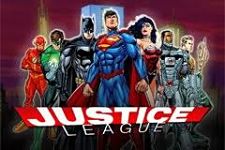