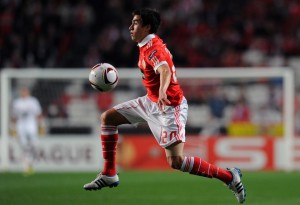 Chicago Fire will start their new MLS season this weekend, when they meet up with Los Angeles Galaxy, but in the days leading up to the opening day of the season, there was plenty of talk of new arrivals in Illinois.

Veljko Paunovic’s team has already brought in several players this winter, but now they are very close to signing Nicolas Gaitan from Chinese club Dalian Yifang. The Chinese club confirmed on their official Twitter profile that former Benfica and Atletico Madrid man has left the club in order to join Chicago.

The Fire did not confirm the signing just yet, but the deal is close to getting done according to several American journalists who follow this story. Nico Gaitan had scored just two goals in 28 matches for Dalian, who had to get rid of a foreign player in order to comply with the rules. Gaitan turned 31 this February. He played 243 times for Benfica, scoring 41 goals, while also making 49 appearances for Atletico Madrid. The fee Chicago are expected to pay Dalian remains unknown.