Wayne Rooney should take responsibility for his poor performances 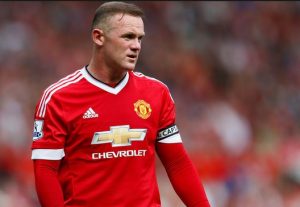 Captain’s armband comes with great weight and bears a great deal of responsibility.

Wayne Rooney has been a good commander of his side ever since he was promoted captain in 2014. A leader on the pitch and in the locker room, Wayne Rooney has spent many years playing at top level which should be enough to help him realise the magnitude of the responsibility which comes with that piece of fabric that gets wrapped around your arm every time you step on the pitch.

It has long passed the point of just poor stretch as Wayne Rooney’s performances for Manchester United have been heavily criticised over the course of few months.

Naturally and originally a striker, Wayne Rooney has long been demoted from his preferred position and slotted further behind in midfield where he occupied the No 8, and even No 6. Having been pushed behind the attack line, Wayne Rooney has been limited to just 12 and 8 Premier League goals during last two seasons.

His contribution in the centre of the park has been question on number of occasions and the full extent of his terrible form reached its climax during the disappointing 3-1 loss at Watford.

Captain as a burden

England international has led the line of underachievers at Vicarage Road, having failed to create a single chance from open play – something he was expected to achieve given his deep lying role behind Zlatan Ibrahimovic and Marcus Rashford.

What is more, Wayne Rooney failed to have a single shot on goal or a successful take on, having thus failed to actually go past a Watford player. Devastating stats go beyond the lack of contribution upfront with Wayne Rooney failing to make a single tackle on rivalling players.

His entire defensive involvement amounted to one interception and one blocked shot.

More than often Rooney was seen running aimlessly around the pitch, making no use of his presence and failing to provide meaningful participation in the game.

As crushing as it sounds, once great Wazza who would go on to score over 20 goals per season with such ease is no longer there. Instead, we have been treated with a lingering liability, a player who represents a burden for his team.

‘Must Play’ Clause – Myth or a Possibility?

Manchester United fans respect Wayne Rooney for all that he’s done for Red Devils, but they still hold a grudge for what he had almost done. The most faithful of supporters still remember him flirting with Manchester United and getting on verge of signing for Chelsea after Sir Alex Ferguson left the club in the summer of 2013.

Wayne Rooney was linked with a possible move to Stamford Bridge, before David Moyes eventually convincing him to stay and sign a new contract with the club.

Ever since the moment he signed his new deal – reportedly worth £300,000 a week – Rooney has been undroppable. Managers changed, but Rooney stayed. From the current perspective it would seem as if Wayne Rooney had a ‘must play’ clause in his contract, which fans argue could explain the fact that Louis van Gaal and Jose Mourinho are not able – and allowed for that matter – to lose the captain for the sake of the team.

For a man who mercilessly cut the ties with Real Madrid’s legend and captain Iker Casillas during his days in Spain, Jose Mourinho has raised plenty of eyebrows with a startling compromise.

Manchester United boss is known for being good at phasing his players out of the club, which was the case with Ashley Cole and Frank Lampard in Chelsea, but Manchester United do not have the luxury to wait for the end of the season.

With plenty of talented players more than capable of filling in Wayne Rooney’s role on the pitch and delivering better – and more importantly more influential – performances, Jose Mourinho needs to acts now.

Manchester United are due to play at Northampton in the third round of the Football League Cup on Wednesday, which could perhaps be a great chance for Mourinho to drop his captain without an expensive price attached to it and get a glimpse of a life without Wayne Rooney.

Next up as the more important match is Leicester City in the Premier League at the weekend. After three straight defeats in all competitions, Manchester United need to make most of the 4/6 betting odds for a home win.

Some of the key statistical aspects of the forthcoming game can be seen here:

The 30-year-old England and Manchester United captain is more than just a professional footballer.

Wayne Rooney is a global star who bears great responsibility both on and off the pitch towards young ones in particular and to the global community that follows his every step.

As a world-class footballer, whose shirt sales eclipse the budget of a random Eastern European football club, Wayne Rooney is facing a choice. A choice that could possibly go on to help him achieve a legend’s status within the Old Trafford club.

Being an intelligent football player as he is, Rooney is very much aware of his poor stretch and there is no doubt about that.

Just imagine what would happen if Rooney was to publicly call his manager to drop him for the time being and make a willing sacrifice for the struggling club’s sake? If he was to lift his chin up and act like a true captain?

If he was to take on responsibility that came with that small piece of fabric he wears around his arm?