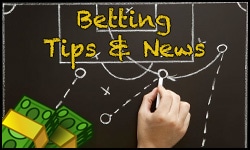 Swansea City striker Bafetimbi Gomis is expected to lead the line for the Welsh outfit when Stoke City come to the Liberty Stadium tonight, and will be hoping to continue his fine start to the new Premier League campaign with another goal. The 30-year-old has been first-choice for the Swans since Wilfried Bony was sold to Manchester City last season, and has scored four goals in eight games so far in 2015/16.

Gomis has a brilliant track record for goals, hitting double figures in the league in eight consecutive seasons between 2007 and 2014 for Saint-Etienne and Lyon, and has quickly become a key man for Swansea. Stoke City will have to watch him closely, as the Frenchman has pace, power, aerial dominance and impressive finishing. Matters aren’t helped with the Potters having conceded in all but one of their league games this season so Gomis will be confident of getting on the scoresheet.

As a result, Betfair are giving odds of 3/2 for Bafetimbi Gomis to score anytime against Stoke City, which could well lead the hosts to victory. Gomis been overdue a goal in recent weeks, but is always a threat in games, and is a big a favourite to end a mini slump tonight.