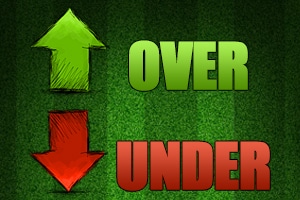 The Over 2.5 Goals and Under 2.5 Goals wager remain some of the most popular options among soccer punters. These markets have undeniable value as 50/50 outcome wagers, but the story doesn’t end there. While most bookmakers set the goal line at 2.5, there are other options worth considering. 3.5 and 1.5 goal lines are the first to come to mind.

Still, the question of how to bet on Over 3.5 Goals and similar markets is not often addressed. If you want to look at these markets as possible sources of betting value, keep reading.

What is Over 3.5 Goals in betting?

Simply put, Over 3.5 Goals predicts that the match will feature at least 4 goals in total. Obviously, the wager itself is fairly similar to Over 2.5. The basic premise of the wager is completely identical, in fact. The only difference is that the goal line is set at a higher number.

Since we’ve already written about Over 2.5 Goals bets, we won’t waste time on the basics. However, the issue with this type of wager is that it’s inherently risky. For instance, Premier League matches end with a total of 3.02 goals on average. That speaks well for the Over 2.5 market, but not its high-bar cousin. As such, the main concern with Over 3.5 Goals predictions is to find suitable matches in the first place. Statistically, these aren’t very common.

That’s an important thing to remember. Over 3.5 Goals betting tips are not common because they shouldn’t be. This option is something that you should keep in the back of your mind until a solid opportunity arises. Don’t be surprised if that’s not very often.

That said, the relative unpopularity of this market makes it prime material for value hunting. Simply put, even top online bookmakers have to prioritize odd pricing. That means that less important options like Over 3.5 Goals bets have a better shot at not accurately representing the probability of something happening. This is a solid basis for finding value.

Beyond that, you just have to take the basic principles of Over 2.5 Goals bets and take them to the logical extreme. You’re not just looking for relatively high-scoring teams here. You’re looking for extremely aggressive squads who put little value in their defence. Alternatively, you’ll want to try to find opportunities where a key defensive player is unable to play.

On the flip side, you can also make Under 3.5 Goals predictions. As we’ve already established, fewer than 4 goals pretty much covers most matches out there – more than 85%, to be precise. As such, don’t expect any sort of worthwhile returns with this market.

That said, interesting opportunities for Under 3.5 Goals bets may arise on occasion. Under 3.5 Goals predictions have to walk a thin line when it comes to picking the right match. Essentially, you want matchups between teams that score quite a lot, but not enough to get over the 4-goal threshold. That’s a challenge even for experienced bettors, so we advise beginners to stay away.

What is Under 1.5 Goals in Betting?

Similarly to the above example, Under 1.5 Goals bets predict that the match will feature 1 goal at most. Generally speaking, this market is the polar opposite of Over 3.5. You can get quite decent returns on Under 1.5 Goals betting, but it’s similarly hard to spot the right opportunity.

Our advice is to forget about the goal line. Instead, try to look for matches which will end 0-0. Though boring to watch, it’s much easier to predict such an outcome than a 1-0 Correct Score. Just treat the single goal as a bit of a safety net – leeway that’s there in case you need it.

Now, around 10% of all professional football matches end in a 0-0 draw. This varies by league and season, but that’s the number it hovers around. All the things you need to look for in an Under 2.5 Goals bet apply here as well. You’re looking for teams with low concession rates, low scores, and ideally with unavailable strikers.

However, the main factor for 0-0 results seems to actually be a lack of motivation. In other words, look for matches whose outcome doesn’t affect anything. Maybe it’s the last few legs of the season, or the final standings have been mostly decided. That’s where most of our Under 1.5 Goals betting tips look for opportunities, rare as they may be.

Much like the Under 3.5 Goals variation, this goal line is the middle child of Goal Line betting. It’s inherently doomed to very short odds because most matches end with more than 1 goal. Good opportunities are even harder to pinpoint, especially because few games are priced for Over 1.5 in the first place.

Still, we can apply a similar piece of advice. Try to treat the market as a Correct Score type of deal. More precisely, you’re ideally looking for matches that will end with 2 goals in total. In other words – 2:0, 1:1, or 0:2.

One one hand, these are fairly common results to see at the end of a match. On the other, predicting the exact instance can be a longshot, and the odds rarely make it worthwhile.