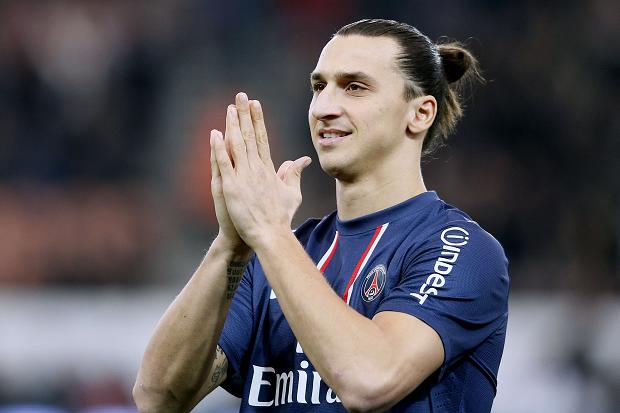 The agent of Paris Saint-Germain talisman Zlatan Ibrahimovic, Mino Raiola, has confirmed the player will not be leaving the Parc des Princes this summer, ESPN understands.

Ibrahimovic, who joined PSG from AC Milan in a deal reportedly worth €20 million last summer, has been linked with a sensational return to Italian champions Juventus in recent weeks.

Only in 2011-12 was Ibra denied the league title after former club Juventus went the entire season unbeaten (23-15-0).

“He will remain at PSG, I can rule out a return to Italy,” said Raiola. “I hear that he would cut his wage, but he has never spoken about it.”

In other news, AC Milan forward Robinho — who is also represented by Mino Raiola — will be staying at the San Siro this summer despite reported interest from former club Santos.

“Robinho stays at AC Milan, this is his desire. I don’t care about what Santos want, and I know that AC Milan want to keep him,” added Raiola. “It’s easier that he extends his contract rather than leaving Milan.”

The Brazil international was on the verge of teaming up with Neymar at the Estádio Vila Belmiro in January, but no deal materialised.

With Neymar set to leave the club for Barcelona after the Confederations Cup, Santos will likely revive their interest in Robinho, but Raiola does not seem to care.

ACF Fiorentina have completed the signing of Bolton Wanderers left-back Marcos Alonso on a three-year contract, according to Sky Sports.

Alonso, whose contract at the Reebok Stadium was set to expire in June, rejected an offer from Bolton before deciding to take his talents to Serie A and the UEFA Europa League.

The former Spain youth international, who joined Bolton from Spanish giants Real Madrid for an undisclosed transfer fee in July 2010, was reportedly attracting interest from a number of English Premier League clubs, including newly-promoted Hull City as well as Stoke City, who appointed Mark Hughes as manager earlier this week.

“We were in Florence for the first time in December, to speak with the Viola.

“But now Marcos wants to finish this season quietly with Bolton, trying to do his best professional job to bring the club into the Premier League.”

With his current deal at Bolton set to expire at the end of next month, Alonso, 22, has officially opted to join Fiorentina.

The 22-year-old left-back netted four goals in 30 appearances in all competitions for Bolton Wanderers in 2012-13.