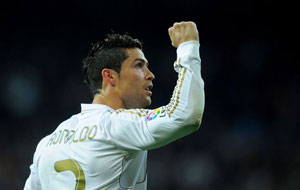 Football fans all over Europe may have the courtesy of watching some of world’s top players in action week in week out, but it is the World Football Challenge that brings the same players to football enthusiasts in the United States and Canada.

The World Football Challenge 2012, the third edition of the friendly tournament that takes place at major venues across North America, boasts a star-studded line-up, with a host of high-profile clubs taking part in the pre-season friendlies.

Unfortunately, Serie A champions Juventus were forced to cancel two of the three games they were supposed to play at the tournament after their Italian Super Cup match against Napoli was brought forward from August 19 to August 11, but their match against Paris Saint-Germain, scheduled for July 31 will go as planned.

Even so, the European giants will be well represented in North America, with Real Madrid, AC Milan, Liverpool, Chelsea and Paris Saint-Germain all set to take part. MLS sides Los Angeles Galaxy, Seattle Sounders and Toronto FC are also in the mix, as is Mexican Santos Laguna, who agreed to step in for Juventus and they are now set to face Real Madrid on August 5.

The exciting competition starts on July 18th with Seattle Sounders hosting Champions League winners Chelsea and it closes on August 11, when Real Madrid, one of the most decorated clubs in world football, take on Scottish champions Celtic.

There will be a total of nine games played as part of the World Football Challenge 2012 and the competition will serve as a great opportunity for the participating clubs to prepare their teams for the upcoming season.

With all the European sides taking part in the tournament very active in the summer transfer window, the odds are that football fans in the United States and Canada will be able to see the new signings in action even before their European counterparts as well as witness the qualities of players like Cristiano Ronaldo, Andrea Pirlo, Zlatan Ibrahimovic and Steven Gerrard.