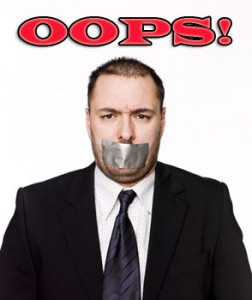 Football is the beautiful game mostly because of what happens on the pitch, but the game doesn’t lose much of its appeal even when people just talk about it.

Some football players and coaches are remembered for their skills and titles they have won, others have become famous for their pre and post match comments, and since much has been said about the former group, this article is all about the best quotes in the history of football. Do read them all as we have saved the best for last.

25.) One of Jose Mourinho’s first comments when he introduced himself to the English press after arriving from Porto in summer 2004:

“Please don’t call me arrogant, but I’m European champion and I think I’m a special one.”

”We are on top at the moment but not because of the club’s financial power. We are in contention for a lot of trophies because of my hard work.”

”Everybody was waiting for Chelsea not to win every game and one day when we lose there will be a holiday in the country. But we are ready for that.”

“I think he is one of these people who is a voyeur. He likes to watch other people. There are some guys who, when they are at home, have a big telescope to see what happens in other families. He speaks, speaks, speaks about Chelsea.”

“I think in England you eat too much sugar and meat and not enough vegetables.”

20.) Arsene Wenger after the Arsenal fans booed a 1-1 draw with Middlesbrough – November 1998:

“If you eat caviar every day it’s difficult to return to sausages.”

“What Carew does with a football, I can do with an orange.”

18.) Bobby Charlton replied when soccer players were referred to as slaves:

“Some people tell me that we professional players are soccer slaves. Well, if this is slavery, give me a life sentence.”

“We lost because we didn’t win.”

“We didn’t underestimate them. They were just a lot better than we thought.”

“The rules of soccer are very simple, basically it is this: if it moves, kick it. If it doesn’t move, kick it until it does.”

“Well Kerry, you’re 19 and you’re a lot older than a lot of people younger than yourself.”

“We must have had 99 percent of the game. It was the other three percent that cost us the match.”

“The beauty of Cup football is that Jack always has a chance of beating Goliath.”

“It’s an incredible rise to stardom. At 17 you’re more likely to get a call from Michael Jackson than Sven Goran Eriksson.”

“I would not be bothered if we lost every game as long as we won the league.”

“There is no in between- you’re either good or bad. We were in between”

7.) Arigo Sachi on being a manager:

“You don’t have to have been a horse to be a jockey.”

“Julian Dicks is everywhere. It’s like they’ve got eleven Dicks on the field.”

“Some people believe football is a matter of life and death. I’m very disappointed with that attitude. I can assure you it is much, much more important than that.”

“If you’re in the penalty area and don’t know what to do with the ball, put it in the net and we’ll discuss the options later.”

“You can’t say my team aren’t winners. They’ve proved that by finishing fourth, third and second in the last three years.”

2.) Gary Lineker after losing the 1990 World Cup semifinal to Germany on penalties:

“Football is a simple game; 22 men chase a ball for 90 minutes and at the end, the Germans win.”

1.) John Lambie, Patrick Thistle manager, when told a concussed striker did not know who he was:

“That’s great, tell him he’s Pele and get him back on.”

I had to stop at no.14…couldn’t contain my laughter after that one…

That’s great, tell him he’s Pele and get him back on.” hahaha hahahaha what a hell are you thinking?

I don’t wanna think about what MJ would call Rooney for. . . .

No.2 the best – and till Mourinho to shut his mouth

Hahahaha…no. 6 is the one for me and pele