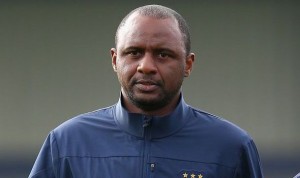 Toronto FC welcome New York City to the BMO Field in the MLS on Sunday evening, and are big favourites to pick up all three points.

Victory for the hosts could see them extend their lead over second-placed Chicago Fire to five points, but defeat would hand City the chance to leapfrog them and reach the summit.

Toronto are strong at home and have the best defence

Greg Vanney’s Toronto FC side are currently top of the Eastern Conference table with 40 points from 21 games this season, coming off the back of three wins and two draws from their last half a dozen outings. Toronto have the best defence in the division (22) and are one of two sides unbeaten on home soil.

Ahead of Sunday evening’s clash, Toronto have lost only two of their previous 15 games in the Eastern Conference and boast five wins in six at the BMO Field. Vanney’s side are two points clear of Chicago Fire, which could become five if results go their way.

New York City are no slouches themselves, but do have an achilles heel, in addition to their recent form leaving a lot to be desired. The home side also earned a credible draw against their top-four opponents in their last meeting at New York too.

New York City’s away form could cost them

As for the visitors in Sunday’s clash, Patrick Vieira’s New York City side find themselves third in the Eastern Conference with 37 points from 21 games, having failed to win two of their last three outings. City have been struggling for consistency on the road, suffering three defeats from their last five away games, and this weekend’s clash could go the way of Toronto as a result.

New York City have plenty to play for, however, given they could go top of the table with a win. The away side are just one point behind second-placed Chicago Fire and two behind Toronto. With just two away wins in three months, Toronto will fancy their chances of getting a result, especially given their one-sided head-to-head record.

Toronto haven’t lost in their last six games against City. So is Sunday’s clash a foregone conclusion for Greg Vanney’s side? Toronto FC are 4/5 to win against New York City.