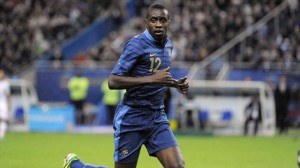 Juventus are in the market for a central midfielder this summer, with Mario Lemina reportedly up for sale while the ageing Sami Khedira and Claudio Marchisio will need replacing in the next 12 months.

Paris Saint-Germain’s Blaise Matuidi is believed to be considering his future at the Parc des Princes and would fit the bill for what Juve are looking for. So could the Italians sign the Frenchman this summer?

Combative attributes in line with what Juve need

Matuidi is a box-to-box midfielder who was once regarded as one of the best ball-winners in Europe. The 30-year-old was in decent form last season and possesses the qualities Juventus are crying out for. With Lemina, Khedira and Marchisio the substance in the midfield, providing the protection for Pjanic to create chances, a player like Matuidi would be perfect to ensure Juve have the right balance of attack and defence.

The Paris Saint-Germain midfielder made 34 Ligue 1 appearances in 2016/17, scoring and creating eight goals. Matuidi boasts a 91% pass completion, creating 27 chances and making 22 successful dribbles. Defensively, Matuidi averages a tackle or interception every 24 minutes in games and is physically superior to many of his opponents. He’s an expert in turning over possession and would be useful to help Juventus win the ball back.

Matuidi has hinted he could leave PSG

In a recent interview, the Paris Saint-Germain midfielder left the door open for a move. “As for PSG (and talk of leaving), I have nothing else to say about it.” A month ago, Matuidi was quoted as saying: “PSG made a proposition to me. There is no decision taken so far. Honestly, I don’t want to lie, I don’t know yet.” With only 12 months left on his deal at the Parc des Princes, Juventus stand a good chance of being able to sign the player on the cheap.

Manchester United have also been linked with his signature, among a host of other European sides in the last 12 months, so Juventus might need to move quickly this summer. Signing experienced European players has been the Old Lady’s mantra in recent seasons and the chance to sign a player of Matuidi’s calibre shouldn’t be turned down. Juve can spend big on stellar players, but have been limited to making marquee signings from the Serie A.

Matuidi wouldn’t break the bank given his deal at PSG is up next summer and he’d likely jump at the chance to join the perennial Serie A winners and Champions League finalists. As a result, Matuidi is 3/1 to join Juventus this summer.