Euro 2012: Balotelli speaks to the media 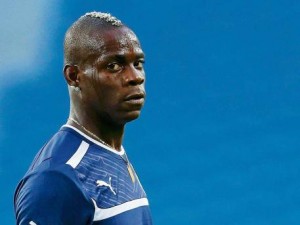 Italy striker Mario Balotelli spoke to the media on Saturday and, as always, had a few interesting things to say.

In response to his agent dubbing him a ‘Peter Pan’ figure off the pitch, Super Mario insisted that he’s more of a man than Peter Pan.

“I think these two metaphors are for Mario the person, not Mario the footballer,” the Manchester City man told reporters. “I think I am a man.

“I could be Peter Pan – as in some of my behaviour I’m quite free, but I certainly feel more of a man than a Peter Pan.”

Balotelli may think he’s a ‘Peter Pan’ personality, but surely he doesn’t hang out with the likes of mermaids, Indians, fairies and pirates.

With that said, would you be that surprised if the City striker claimed to know a mermaid or two? Now then, enough ‘Peter Pan’ banter.

On a much more relevant note, the Azzurri forward admitted that the goal he scored against Ireland was an important one, especially since he had failed to get on the score-sheet in Italy’s first two games at Euro 2012.

In addition, Balotelli rubbished reports that there was a mental block preventing him from finding the back of the net against Spain and Croatia.

“The media suggested there was a mental block, but I just couldn’t put the ball in the net,” added the striker. “There was no mental block at all.”

Prior to being left out of the starting XI against Ireland, Balotelli had turned in two good shifts for Cesare Prandelli’s side.

Is he hitting top form at the opportune moment for the Azzurri?

Italy will face England at Euro 2012 on Sunday, with a place in the semi-finals up for grabs.

Balotelli is 15/2  to open the scoring against England, and is looking forward to competing against his Manchester City mates.

“I hope it’ll be a good match,” he continued. “I think it’ll be fun to play against my [Manchester City] team-mates.

“They know me and I know them, I just hope it’s going to be nice and fun. I want to win; even if they are my team-mates, I hope they are going to lose.”

Now then, what’s written in the stars for England v Italy? Will Balotelli score against City team-mate Joe Hart, or will the Three Lions goalkeeper seal his place in England history forever and keep a clean-sheet against Italy at the 2012 UEFA European Football Championship?