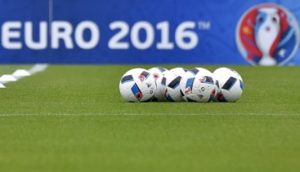 What is the your biggest Euro 2016 disappointment so far? / Image via gettyimages.com

As we take a day off to catch our breath and count the casualties at Euro 2016 following the closure of the group stage, it is always a good thing to draw a line and showcase the greatest impressions from the tournament thus far.

We will start by discussing the worst of the worst at the 2016 European Champions, including all aspects and participants, both on collective and individual level.

Lined up in no particular order are our biggest disappointments so far. Feel free to add your own in the comments below:

Euro 2016 has been a frustrating tournament for Sweden and the main star of Erik Hamren’s team Zlatan Ibrahimovic alike.

The towering Swede was toothless during group stage, unable to extend his goal scoring tally for Sweden getting stuck at 62 in 116, which is the number he will be remembered by as former Paris Saint-Germain forward has on Thursday publicly confirmed his decision to leave Sweden national team.

His charisma and leadership will be sorely missed, but none of that was at display in France during Sweden’s utterly disappointing campaign. Without a single shot at goal until the last game of the group stage, Swedes relied on Ibrahimovic to rise up for the occasion and prove his match-winning side. Sweden captain and their only world-class player, according to manager Erik Hamren, is getting off the international stage with his head bowed down, disappointed and humiliated.

Having crashed out of the competition as bottom of the group, Russia will need to regroup and to rethink their strategies as they begin preparations for the 2018 World Cup on home soil.

One thing is sure, they will start the new cycle with another head coach. Leonid Slutski revealed he will not continue as Russia head coach after the disappointing elimination from Euro 2016. Former CSKA Moscow manager took over from Fabio Capello in August 2015 and managed to salvage Russia’s Euro 2016 qualifying, but he failed to make a noteworthy result at the final showpiece, which was enough of a reason for him to step down from the helm.

Considered by many as dark horses of the 2016 European Championship finals, Poland have still failed to live up to public expectations despite heading into the knockout stage of the competition as runners-up in Group C, level on points (7) with group winners, world champions Germany.

With Robert Lewandowski as one of Europe’s top strikers in their ranks, Poland were expected to be more compelling and effective in attack and their tally of mere two goals scored during three games is not something to be proud of.

Bayern Munich star Robert Lewandowski finished the group stage of the competition with nothing more than three shots in total, none of which was on target. His poor performances have been overshadowed by impact from Arkadiusz Milik, who was Poland’s most influential player in group stage.

Having ended the Euro 2016 qualifying as top scorer with 13 goals for his national team, Robert Lewandowski would have been left disappointed himself with chronic lack of goals.

Everything that is written for Roberto Lewandowski above can be applied for Germany striker Thomas Muller.

Muller has failed to find the back of the net in three games so far, while his lack of goals extends to the previous European Championship as well making the total of seven goalless appearances for the striker who bagged nine of Germany’s 24 goals during the Euro 2016 qualifiers.

The 26-year-old striker did manage to improve his Euro 2016 record in the final group game when he bagged an assist for Mario Gomez, but his scoring boots are yet to be found. Germany manager is confident Thomas Muller will come good in due time, perhaps on Sunday against Slovakia?

Germany has been given 4/9 betting odds to beat Slovaks and Thomas Muller will hope to make his mark in the game.

Fans and supporters are active participants of any sport affair and football fans in particular hold great responsibility that has been misused and mistreated in several occasions during the 2016 European Championship in France.

We have all witnessed ugly scenes in the streets and stadiums, with Russian, English and Croatian hooligans marring the entire competition in France.

Starting from the Group B match between England and Russia when multiple crashes in the streets of Marseille spilled over to the stands of the Stade Velodrome, all the way to Croatian hooligans throwing flairs and firecrackers during their nation’s game against Czech Republic as a protest against the Croatian FA, hooliganism has threatened to take centre stage in a country which had its fair share of violence with terror attack happening towards the end of 2015.

Russians fans forgot their own internal conflicts to unite themselves against English, while Croatians even threatened to increase violence in order to get their country expelled from the Euro 2016.

Ugly scenes are unwanted at the competition which is a celebration of this beautiful sport and we all hope those scenes will not be repeated.

This was not expected from Zlatan, who is known as one of the struggling & efficient player…. the disappointment to a large extent!!!