A lot of punters out there just scroll past dozens of markets and stick to a few favorites. While it’s important for you to play whatever you enjoy, it takes width to become truly good at sports betting. With that in mind, let’s explore one of these often-overlooked football betting markets – the Half Time Result. Let’s start by answering what does Half Time Result mean in betting.

A Half Time Result be it only concerned with the half time scores in any given football match. You’re simply predicting which team will be in the lead at half-time, if any.

Why Bet on Half Time Result?

Some of you might be wondering now – why not just wager a regular Full Time Result, then? I mean, most teams that are in the lead at half-time go on to win the match? Besides, if we’re so confident about a team leading at minute 45, why not just go for a Half Time/Full Time Result bet?

There are several ways in which we can dissect how to bet on Half Time result. Let’s start with some cold, hard stats though. Apparently, only 44.64% of professional football teams leading in the first half go on to win the match. Comparatively, teams playing at home win more than 46.2% of all matches. In other words, home-field advantage is actually more impactful than leading after the first half.

Surprising information, but clever punters can see how to make Half Time Result betting predictions that make use of it. Let’s begin by stating the obvious – favorites win a majority of football matches, as opposed to underdogs. When we combine that with the Half Time Result stats, we see that a good chunk of games are still tied at half-time. Either that or the underdogs are leading.

This brings us to our first basic Half Time Result betting strategy – backing the underdogs. It should be an obvious choice if you consider the above. You’ll get a price fitting for a weaker team. However, as we’ve just seen, the favorites are much more likely to ‘seal the deal’ in the second half. This opens up incredible opportunities to find betting value.

The other route you can take is just backing the favorites. While the stats are not on your side, it can situationally be a good option. For example, some teams tend to have an explosive start and then dial down towards the end.

How to Predict Half Time Result?

The thing about half time football scores is that they’re not often included in various statistics. Think of it this way – we see a team’s win rate at home all the time. Their stats about being in the lead at the half-time mark, however, are seen as less important.

Still, knowing which matches to bet on Half Time result is half the battle. Ideally, you want two kinds of teams to be facing off. The first would be a team whose strategy is focused on taking a decisive early lead. The other is quite the opposite – they take it easy early on and save their energy for the late-game. You’re not likely to ever run into this scenario – most teams adapt their strategy to the opponent. Still, the example should make it clearer which matches to pay attention to. Find good candidates for Half Time Result betting, and you’ve won half the battle. 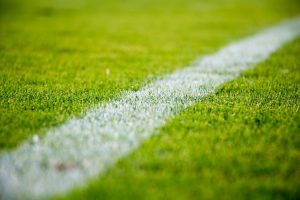 Now that you have a firm grasp of the basics, let’s take a look at some football betting tips for the Half Time Result betting market.

Predicting Half Time Scores – the Verdict

This little Half Time Result betting guide should give you everything you need to get started with this type of bet. Of course, for the best results, we recommend combining your judgment with our soccer betting tips. However, watching a lot of football is another requirement – not that that’s a problem. Understanding the nuances of different team strategies is the key to mastering markets like these.