Where will Everton’s Ross Barkley end up this summer? 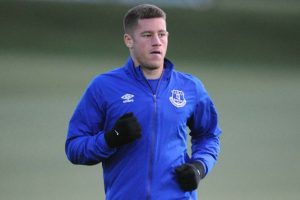 Everton midfielder Ross Barkley is being linked with a summer move

Everton recently completed the signing of Ajax captain Davy Klaassen, strengthening their options in attacking-midfield for the Europa League campaign to come and all but confirming midfielder Ross Barkley will be moved on this summer.

But his large expected asking price and inconsistent form might see clubs withdraw their interest. Where will he go if he leaves Everton?

Koeman forcing Barkley to commit to Everton or be sold

Everton manager Ronald Koeman has repeatedly made his stance clear on Barkley. The Toffees boss says the English midfielder will have to be sold this summer if he refuses to sign a new deal at Goodison Park. So far, Barkley hasn’t committed to an extension and Everton have planned moves in the transfer market to replace him.

New-boy Klaassen will occupy a similar role on the pitch as Barkley had, and with Everton securing his signature so quickly into the summer transfer window, it shows how they aren’t letting the situation with Barkley slow down next season’s preparations. The academy graduate could yet stay at Everton and run his deal down next summer but he’ll likely play second fiddle to Klaassen and will hamper his chances of making England’s World Cup squad.

Koeman left Barkley out of the starting eleven a number of times last season, and 2017/18 could see more of the same treatment if Barkley stays at Everton without signing a new deal.

The 23-year-old didn’t have a bad season considering the ongoing dispute that raged. Barkley still started 32 Premier League games, scoring and creating 13 goals. He made more than 60 successful dribbles and created over 80 chances, but good suitors might be hard to find.

Tottenham Hotspur, West Ham United and Manchester United are among the favourites to secure his signature, but only West Ham seem the most likely considering the player’s flaws. Barkley’s work rate and decision-making in the final third have been a constant problem – with 88 shots taken, just 41 (47%) being inside the box and only one in every three shots hitting the target. He’s scored just five times too.

And while a talented player capable of beating his man more often than not, Barkley has still been unsuccessful in 37% of his attempted dribbles. He’s also made an unsuccessful touch or been dispossessed every 17 minutes in the Premier League.

Tottenham are unlikely to want a selfish and wasteful player upsetting their team spirit in the squad. Manchester United already have Paul Pogba to do what Barkley does but a lot better. West Ham would consider a move for the Everton man but finished 16 points worse off in the table so they wouldn’t be a step up.

Surprisingly, Everton’s Ross Barkley is 7/4 to join Tottenham Hotspur this summer. Where will he end up?