Why Arsenal desperately need a central-midfielder this summer 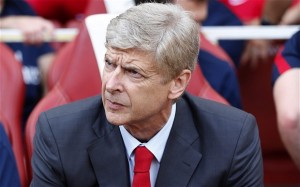 Arsenal have been linked with a centre-back and inside-forward this summer, but what seems to be ignored is how much they need a central midfielder.

The Gunners seemingly have strength in depth in this area given the personnel in the squad, but all isn’t as it seems at the Emirates. And the sooner they can strengthen the engine room the better. Here’s why….

Santi Cazorla can’t be trusted to make a full recovery

Arsenal are somewhat gambling on Spanish midfielder Santi Cazorla to return to action next season despite not knowing when he will be back in full training.

The 32-year-old has suffered setbacks in his recovery and admitted himself that he couldn’t put a date for when he’d be on the pitch again, so why is manager Arsene Wenger not lining up a replacement?

Cazorla’s deal is up in the summer and has been injured since October so Arsenal have had plenty of time to sound out a creative midfielder.

He’s a talented deep-lying playmaker who greatly improved the Arsenal side when he’s fit, but the lack of playing time in recent years means he can no longer be relied upon over the course of a season.

Wilshere and Elneny could be leaving this summer

Many have pointed to Jack Wilshere returning from a season-long loan at Bournemouth as reason for holding off signing another midfielder. But the English international could be sold if his £20m asking price is met, meaning Arsenal will need to find a replacement.

West ham United, Swansea City, Newcastle United, Italian outfit Sampdoria and Turkish side Antalyaspor are some of the club who have been linked with his signature this summer and could be a potential destination if they agree terms with Arsenal. Wilshere’s injury woes and inconsistent form could see him finally sold, let alone his deal having only 12 months to run too.

As for Mohamed Elneny, the Egyptian international looked a good fit for Arsenal upon his signing in 2016, but he’s fallen way down the pecking order since and has been put up for sale. Arsenal accepted a £10m bid from Leicester City but the player rejected the move. It’s likely he will be sold this summer for the right price.

Should Wilshere and Elneny leave and Cazorla remain sidelined, Arsenal have be left with just Granit Xhaka, Aaron Ramsey and Francis Coquelin as midfield options. The Gunners are believed to be targeting Nice midfielder Jean-Michael Seri this summer, which would help replace the creativity lost in Wilshere & Cazorla’s absence.