Why Arsene Wenger won’t be the next England manager 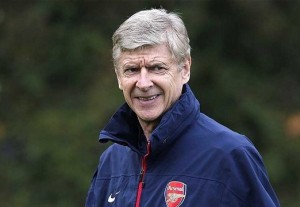 Arsenal manager Arsene Wenger has hinted at an interest in the England job but stopped short of firmly putting his name into the hat.

Arsenal manager Arsene Wenger has been sounded out as a potential replacement for former England manager Sam Allardyce next summer when his contract at the Emirates Stadium expires.

However, with the England job being such a poison chalice, it’s unlikely the long-serving manager would consider the Three Lions job as a dream opportunity given they’re currently at their lowest ebb.

Despite Arsene Wenger’s contract in its final year with Arsenal, there’s still a sense without the camp that the long-serving manager is keen to extend his stay. Wenger has previously stated he would always honour his contract with the club, but he has also said he feels hungrier than ever to win major trophies with Arsenal before he calls time on his long stay in London.

Wenger has spent around £100M on new players this summer, signaling his intent for Arsenal to challenge for the Premier League title, and with so much potential in the side, the 66-year-old wouldn’t want to miss out on their best chance of success in over a decade. Arsenal have fallen short in the title race for many years, but performances in recent seasons suggests they’re getting closer.

Arsenal have finished third and second in the last two seasons, conceding less than a goal a game on average, and only Manchester City have picked up more points in the Premier League since the start of the 2014/15 campaign until Friday, September 30. It’s worth noting no side have lost fewer games than Arsenal in their last 82 matches.

The England job is still held in high regard by some, but it’s been a opportunity that has ruined the reputation of the majority of coaches since the turn of the millennium. Arsene Wenger has worked hard to build a legacy at Arsenal, and he will know the scrutiny that comes with being an England manager which is why he’s likely to avoid getting involved.

Wenger may say he’s considered the role, but he’s been offered the job in the past and turned it down so he clearly doesn’t feel international management is his calling. England comes with expectation too, despite the side having failed miserably in recent tournaments. Failure to make the latter stages of a competition sees pressure on the coaching staff to resign, and such lofty and undeserved expectation is sure to put off the veteran manager.

Arsene Wenger is 5/1 to be appointed next England manager, but would the French coach really want such a poison chalice to be his last job?