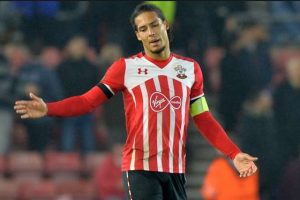 Van Dijk should have been Liverpool’s summer coup / Image via goal.com

Chelsea are the bookies’ favourites to sign Southampton defender Virgil Van Dijk this summer, with reports suggesting the Premier League defending championship have made a bid of around £60m to bring him to Stamford Bridge.

It may be a surprise to see the Dutchman in London given Liverpool and Manchester City have been more heavily linked with van Dijk’s signature, but here’s why Chelsea have been smart by going all out for him.

Just months after winning the Premier League title, Chelsea have been tasked with finding replacements for a number of players linked with an exit this summer. At the back, Chelsea are thin on competition. Under Antonio Conte, the Blues operated with a three-man central defence of Cesar Azpilicueta, Gary Cahill and David Luiz. The likes of Terry, Zouma and Ake racked up just 839 minutes of Premier League football between them – the equivalent of nine games.

The Chelsea manager hardly touched his defence once he settled on a system but that could chance next season due to the advancing age of two of his back three. David Luiz will turn 31 during the 2017/18 campaign while Gary Cahill will turn 32 later this year. To have no immediate cover is a real risk and something Conte needs to address as Azpilicueta, Luiz and Cahill missed just six league games between them last season.

Southampton’s Virgil van Dijk is regarded as one of the best defenders in the Premier League. He’s been linked with Liverpool and Manchester City as a result of his rise to prominence since his move from Celtic and looks set for a big-money move this summer as a result. The Dutch centre-back helped Southampton to eight clean sheets in his 21 league appearances, conceding just 23 goals.

Van Dijk averaged a tackle or interception every 20 minutes for Southampton in the Premier League, making over 140 clearances and blocking 15 shots. The 25-year-old only gave away a foul every 103 minutes and boasted an 85% tackle success rate. He’s good on the ball, averaging over 45 passes per game with an 84% completion, while boasting a 64% success rate from long balls.

A composed player with great decision-making, van Dijk was dispossessed only twice in 21 games, having only five unsuccessful touches. Virgil van Dijk is 4/6 to join Chelsea this summer. He would be worth every penny and would clearly improve the side.