Why Manchester City are still not quite good enough 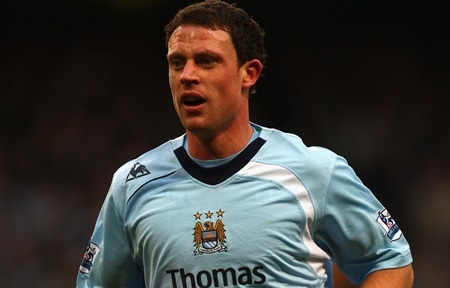 Not quite good enough?

Manchester City have promised to be a really serious threat to the top four this season. Great players such as Tevez and Adebayor have given them fire power whilst the signings of Barry, Toure and Lescott have given them strength in midfield and at the back. That is the theory anyway!

In fact, after a decent start when Adebayor couldnâ€™t stop scoring, City did look like the real deal. Recent results and performances, however, have made the reality look a little less encouraging. They are still sitting on sixth place in the league and the coaching staff are all saying that they are pleased with how things are going, but we all know that the owners will not be happy and surely Mark Hughes canâ€™t be happy with what he is seeing at the moment.

Yesterdayâ€™s 3-3 draw at home to Burnley was Cityâ€™s fifth league draw in a row and that is simply not good enough. Although great credit must go to Burnley for their performance, City were poor and let us not forget that Burnley hadnâ€™t managed to pick up an away point before this game.

That run of five draws has not only been a disappointing points haul for City but we also need to look at who the opponents have been. Aston Villa, OK, theyâ€™re another team looking to break into the top four so that one can be regarded as a decent result for City, but the others? Wigan, Fulham, Birmingham and Burnley.

There is only one game in which City havenâ€™t managed to find the net and there do not seem to be any problems in that department with Adebayor, Tevez, Bellamy and others all capable of finding the net. The problem seemss to be at the other end where they have only managed to keep one clean sheet since the end of August.and have conceded fifteen goals in eight league games.

What makes that figure really surprising is that they have in Shay Given the keeper who I believe is the best in England at the moment. During this period of conceding so many goals he has continued to perform really well. When you are conceding goals and your keeper is picking up man of the match awards, all is definitely not well.

So what is going wrong in front of Given? Against Burnley, the England left back Wayne Bridge had an absolute nightmare. He was caught in possession and out of position so many times that it was becoming embarrassing for him. Alongside him was the multi-million pound defender Joleon Lescott.

I have no doubt that Lescott is a good Premier League defender. I do have a huge amount of doubt that he is any more than that.

Alongside Lescott is the experienced and excellent Kolo Toure. He has been a top player but is he still at the peak of his career?

I believe that Manchester City have done what you might call a â€˜Real Madridâ€™. They have bought some formidable forward players who are good enough to give problems to any defence in Europe. What they havenâ€™t done is buy the same type of quality at the back. They have a great keeper, a very good midfield and a great strike-force. At the back they have good players but not good enough to win them anything.

Joleon Lescott was a good player for Everton but has been found out in his occasional England appearances. Fabio Capello, who is a pretty good judge, rates Terry, Ferdinand, Upson, King and one or two others above him.

Kolo Toure was a fine servant for a very good Arsenal side that didnâ€™t win anything in four seasons. He was finding himself out of favour because Arsene Wenger, who is a pretty good judge, rated other defenders above him.

Wayne Bridge is a good left back. Unfortunately, good is probably not good enough to win a title. Would you rather have Ashley Cole, Patrice Evra, Gael Clichy or Bridge. I think most of you would have Bridge as your fourth choice.

Top four finish? Don’t make me laugh. I wonder who will be your next manager when Hughes the red goes at the end of the season (if not before!) Nice to see Lescott going down the hill now he has left the mighty blues.
MONEY MONEY MONEY that’s all that city now stand for. Long may you falter, you apitamise everything that is wrong with football today.
Also before any of you muppits tell me that we would want to be in your position, think again. We are glad to say we have not sold our sole to the devil.