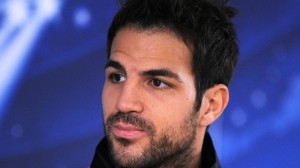 Chelsea’s deep-lying playmaker Cesc Fabregas is reportedly considering a move from the Blues this summer, citing a lack of playing time as reason for the potential switch – coupled with his FA Cup final omission.

The Spaniard’s options are limited given his advancing age and lofty wage demands, so it’s unlikely he’ll find a better club than the defending champions in the coming weeks.

With pre-season around the corner, will Fabregas be leaving Chelsea? And, if so, for which club?

Fabregas’ unhappiness at Chelsea this season has stemmed from a lack of starts in the Premier League. The 30-year-old made 29 top-flight appearances, scoring five goals and creating an impressive 12 assists, but only 13 of them were starts. He averaged just 46 minutes of playing time per game. However, given his outstanding goal output, there’s reason to believe his manager Antonio Conte has treated him perfectly.

During his time with Barcelona and his debut season with Chelsea, Fabregas form seemed to tail off in the second-half of the campaign. He would start strongly but fade away after the turn of the year. Conte has ensured this wouldn’t be the case by using him sparingly. And while a playmaker might need more minutes to affect games, Fabregas hasn’t. He’s averaged a goal (either scored or created) every 78 minutes in the Premier League for Chelsea, making a total of 62 chances – the second-most among his teammates.

Lack of better options might force Cesc to stay

With two years left on his deal at Chelsea, a suitor for Fabregas will have to pay their asking price and his big wages. Signed from Barcelona for £28m in 2014, the midfielder would likely cost around £20m this summer and has little in the way of resale value. Chelsea may not view him as a regular starter but they don’t want to sell him on the cheap as he’s proven useful in their title triumph – two Premier League crowns in three seasons.

Fabregas’ wages might put off a lot of other clubs too. The 30-year-old is reportedly earning around £9m-a-year, a figure not many clubs would be willing to pay, and even fewer clubs Fabregas would consider joining. He’s been linked with Liverpool, Milan and Bayern Munich this summer but Chelsea might be the best place for him if he can continue contributing from the bench. Fabregas is 10/1 to join AC Milan this summer, nevertheless.

Will he be leaving Chelsea?