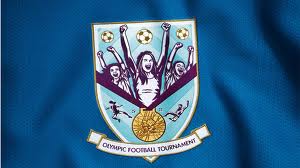 It’s now just over two weeks until the opening ceremony of the 2012 Olympic Games in London.

It is the third time England’s capital city has hosted the games which will see over two hundred nations competing for honours in 306 events across 26 sports.

The opening ceremony will take place on Friday, July 27th, however the men’s football will begin 24 hours before with all sixteen teams playing on the same day.

The top two nations from each of the four groups will go through to the quarter finals, leading up to the final at Wembley Stadium on August 11th. But who will get there? Below is a group by group analysis of every nation set competing;

Favourites for the Group, Team GB is made up of five Welshmen, and thirteen from England and will be coached by former England international Stuart Pearce.

Player to watch: Ryan Giggs. The Welsh midfielder has won more major honours at club level than anyone else in British football history, and will relish a chance to represent his nation following a unfulfilling international career.

Senegal were the final team to qualify for this summer’s tournament, following their play-off victory against Oman in April.

Player to watch: Should he be selected, Newcastle United striker Papiss Cisse will be Senegal’s main goal threat, following a prolific end to the domestic season with his club.

UAE won seven of their ten matches in qualifying, and will take their place at the Olympics for the first time in their history.

Player to watch: Al-Ahli striker Ahmed Khalil has scored an impressive 14 goals in 14 games for UAE under 23’s.

A nation with real Olympic pedigree, Uruguay won back to back gold medals in the 1920’s in Paris, then Amsterdam.

Player to watch: Edison Cavani of Napoli has openly stated his desire to feature at the Games, and has a strike rate of over 2 goals every 3 games in his time in Naples.

Mexico are the seeded team in the group due to their status as the highest-ranked team from the Asia, Africa, Oceania and CONCACAF regions.

Player to watch: Midfielder Marco Fabian of Guadalajara has amassed an incredible 12 goals in just 10 games for Mexico’s under 23’s.

With no defeats in qualifying, the Korea Republics under 23’s unbeaten run stands at fourteen games.

Player to watch: Despite having limited opportunities since joining Arsenal last summer, striker Park Chu-Young is the most experienced member of the squad, with 8 goals in 21 international appearances.

Player to watch: Allen Nono, who plays for Gabonese side USM Liberville, scored the winning goal in that final back in December; securing his country’s first ever continental title.

The Swiss, who were silver medallists back in 1924, have a squad including many members of the side who finished second to Spain in the European under 21 Championships last year.

Player to watch: Despite the obvious quality of their under 23’s, Valon Behrami of Fiorentina will add a touch of experience having featured in the last two World Cups, as well as starting all of Switzerland’s matches in their Euro 2008 campaign.

Final prediction: A fairly even group, though Switzerland and Mexico are favoured to qualify. The Swiss are 1.33 (1/3) to qualify with Bet Victor, whilst Mexio are 1.40 (2/5) with the same firm.

Somewhat unbelievably, Brazil have never won gold at the Olympics. They will however arrive at the 2012 games a favourites, not least as they aim to blood the squad they are set to use when the host the World Cup in two years’ time.

Player to watch: Where to start? With a squad full of talent and potential, Brazil’s attack is set to include the hotly tipped Neymar of Santos, while Porto striker Hulk and defender Thiago Siva of AC Milan will also be key to the sides expected success.

No African side has appeared at the Olympics more than Egypt, though they only managed third place at the CAF Under-23 Championships late last year.

Although they finished third behind Spain and Switzerland in last years Under 21 Championships, Belarus won just two of their five games.

Player to watch: Midfielder Dzimitry Baha amassed 24 caps for the under 21’s, and featured in all six of BATE Borisov’s Champions League games last season.

Made their Olympic bow in Beijing four years ago, scoring just the one goal in their group games.

Player to watch: Striker Chris Wood has shown his goal scoring pedigree in England over the last two seasons, and at 20 years old already has seven internationals for the New Zealand senior squad.

Final prediction: In short, Brazil should have no trouble in storming through the group, though New Zealand could well sneak through also. There is no real value in backing the Brazilians, but New Zealand are a 4.5 (7/2) chance to qualify with Bet Victor.

There really are no superlatives left when describing Spain. Having swept up at the last three major international tournaments, they are without doubt the closest rivals to Brazil to take the gold here.

Player to watch: Like Brazil, the Spain squad is full of talent. Manchester United’s David De Gea will be keen to display his potential to rival Spain’s senior goalkeepers, while winger Iker Muniain has notched up almost 100 appearances for Athletic Bilbao, despite being just nineteen, having won the La Liiga Breakthrough Player of the Year twelve months ago.

Japan only tasted defeat once in qualifying for the competition, and could well provide Spain with their toughest test.

The Hondurans were indifferent in qualifying, winning three times and losing twice with a goal difference of just one.

Player to watch: Striker Roger Rojas , who has a goal scoring record better than one in two for his club side, has 10 full international caps, and is set to lead the line in London.

Morocco reached the final of the CAF under 23 Championships in December, before losing out to Gabon.

Final prediction: Spain are odds on favourites to qualify, while Japan are expected to make the quarter finals with them. You can back the Japanese to progress at odds of 1.91 (10/11) with Bet Victor.

Freelance football writer with a love of the game that goes back to the mid nineties when both his beloved Nottingham Forest and England had genuine hope of acheiving some level of success. A regular contributor to both SoccerNews.com and FreeBetting.com, Deke also dabbles in music journalism with his heart and head still stuck in the latter years of the twentieth century.