7 Most Stupid Managerial Sackings of All Time 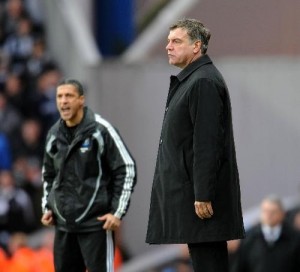 Nowadays, when everybody with a deep pocket can buy a football club, the top European clubs are no longer run by real football enthusiasts but are rather in the hands of those who don’t know much about the game. As a result, club owners treat managers as trash and they tend to show them the boot as soon as the team lose a couple of games in a row. There has been a number of really stupid managerial sackings in the past and we have listed the best of them for you.

Sam Allardyce arrived at Blackburn at a time when Rovers were starring into the eyes of relegation and he didn’t take long before guiding the team to safety and saving them from the drop in his first season in charge. With virtually no investment in otherwise pretty average squad, the Big Sam led Rovers to a top table finish, while helping the side reach Carling Cup semi-finals in his second season at Ewood Park. Nonetheless, despite everything he had done with Rovers, Big Sam was sacked in December 2010 when Rovers were situated in 13th place, with the decision shocking the fans and players alike.

Chris Hughton was handed the tough task of getting Newcastle back to the top flight following the relegation from the Premier League and the Irishman largely delivered despite being under tremendous pressure. He managed to gain full control over the dressing room, which was not easy to do with Andy Carroll and Joey Barton making the headlines for all the wrong reasons, and that helped the Magpies record some pretty impressive results upon their return to the Premiership. Nevertheless, that didn’t convince owner Mike Ashley that Hughton was the right man for the job as the Irishman was sacked midway into the season.

Roberto Di Matteo gained promotion with West Brom in his first season in charge at Hawthorns and thanks to some shrewd dealings in the transfer market, the Italian created a very good squad that were supposed to try and escape relegation from the Premier League. Di Matteo succeeded in building a very good side that not only recorded some impressive results in the opening exchanges of the season, but also played attractive attacking football, outplaying sides like Arsenal, Everton and Manchester United in the process, but that was not enough to keep the Italian at Hawthorns as the club owners decided to sack him following the poor run of results midway through the season.

Before Martin Jol arrived to White Hart Lane, Tottenham fans probably thought Spurs would never be able to challenge for the Champions League place, but that soon changed as the Dutchman created a team capable of matching every Premiership side on their day, while leading Spurs to consecutive fifth-place finishes. Just when he was expected to make that final step with Spurs, Jol was relieved from the post shortly after it was revealed Tottenham had offered Juande Ramos the chance to become Spurs manager.

Morinho joined Chelsea after winning the Champions League with Porto and he immediately helped the Blues end Manchester United’s domestic domination, winning Premier League and Carling Cup titles in his first season in charge. The Blues defended the Premiership title next season before winning both domestic cups a year later, but Mourinho was still sacked from the post in September 2007 for failing to bring European glory to Stamford Bridge.

One of the most successful managers in history, Brian Clough was sacked by Derby just few months after winning the league title and leading the team to European Cup semi-finals, as chairman, Sam Longson, was angry with Clough’s appearances in the media. That proved to be a blessing in disguise for Clough and one of the poorest decisions in the history of football as the Englishman led Derby’s fierce rivals Nottingham Forest to consecutive European Cup titles as well as numerous other trophies.

Real Madrid fans have fond memories of Vicente Del Bosque, who was one of the reasons why the Galacticos played the way they did, especially as no other coach after him has managed to repeat his success. The low-profile manager led Real to two La Liga titles and two Champions League trophies during the four years in charge, but los Merengues opted against extending his contract, which would prove to be a massive mistake as Real have never again looked as impressive as during the Galacticos era.

what about Carlo Ancelloti’s sacking by Chelsea
??

Jose sack is d worst ever, even till today chelsea is still suffering from it

Una d craze all by saying mourinho is d worst hw abt Guardiola of recent?

Villa boas was d worst managerial sacking of all time

Surprised Harry redknap isnt there even if Avb was to be a success which i highly doubt but wish to happen i was absolutely shocked as spurs fan. one of the best in the bussiness

You forgot one key aspect of the Sam Allardyce sacking – Venky’s took over and sacked him, he wasn’t simply sacked. And then there were the lulz as they thought Steve Kean was the man for the job.