Champions League final: Who will go on to write history in Milano? 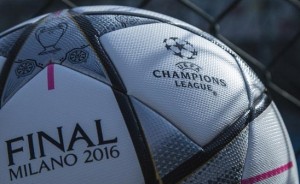 The stage is set and European football community will be in for yet another memorable Champions League final on 28 May in Milano, there is no doubt about that.

The fans are in for another classic clash between Madrid rivals Atletico Madrid and Real Madrid who earned their right to fight for the trophy having beaten Bayern Munich and Manchester City in the competition’s semi-final, respectively.

Diego Simeone and Zinedine Zidane are presented with a glorious chance of crowning the season with the most coveted title of them all. At the same time, La Liga rivals are still vying for domestic honours, with Los Rojiblancos sitting level with Barcelona and Los Blancos just a point behind in the title race.

This year’s final is a familiar scenario we have witnessed not that long ago.

The two clubs met on numerous occasions in the UEFA Champions League, but the 2014 final game that was played in Lisbon remains the highlight encounter between two local rivals.

Unlike this year when Atletico Madrid are heading into the final match on the back of 11/10 odds to be crowned European champions, Diego Simeone’s men were huge underdogs in 2014, but it did not stop them from coming within a minute of lifting the trophy.

Real Madrid managed to rise back from the dead with Sergio Ramos’ 93rd-minute equalizer which pushed the match into extra time.

Los Blancos went on to win by a compelling 4-1 margin for a huge European milestone. Namely, it was Real Madrid’s tenth European trophy making Los Blancos the most successful club in the history of the competition.

This year’s all-Madrid final is just another confirmation of the Spanish dominance in the UEFA Champions League. Spanish clubs have so far gathered the highest number of titles – 15 in total, with the competition having been won by 22 different clubs.

Los Blancos have had an erratic season both domestically and in Europe and reaching the final can be considered a feat itself.

Zinedine Zidane has made a managerial bow in the competition this term and it would be a true precedent if the French manager would go out to win it as Real Madrid boss. Criticised as insufficiently experienced for a difficult job at the Royal club, Zinedine Zidane has proved a point by guiding his club to UEFA Champions League final.

Real Madrid’s key man has scored 16 Champions League this season, while his 93 European goals make him the competition’s all-time top scorer and Milano final will present Cristiano Ronaldo with the opportunity to further cement his place at the European pedestal.

Gareth Bale is another player who is expected to play a big part in the final match. The Welshman has had an important role in Real Madrid’s duel with Manchester City on Wednesday as his deflected cross ended up being a solitary goal separating the two clubs on their path to the final.

Former Tottenham winger will be disappointed to see his goal being accredited to Manchester City’s Fernando, as his goals drought in the Champions League now extends to 12 matches in a row and 11 months in total.

Diego Simeone has been making huge strides to the top over the course of last couple of years with Atletico Madrid becoming recognized as a force to be reckoned with and one of the strongest European sides.

Brutally effective upfront, Los Rojiblancos have become a frustrating team to play against. Their rock solid defences are the club’s strongest trait and it is enough to take a look at the numbers to get a full grasp of Atletico Madrid’s strength. Namely, Diego Simeone’s men have kept 34 clean sheets in 54 matches this season and it is no secret that defensive organisation is the key to their success.

Highly physical in their approach, Atletico Madrid do not back down from a fight, while their counter-attack abilities have been nothing short of impressive.

Antoine Griezmann is the leader of this team upfront and this season has been a huge success for the French striker, who is enjoying his life at Vicente Calderon. The 25-year-old striker has netted 21 La Liga goals in this campaign, while he also added seven more in the UEFA Champions League.

His partnership with rejuvenated Fernando Torres has been grabbing the headlines in Spain this term.

Spanish striker has come good under his former teammate Diego Simeone and his influence in team’s play in recent months has been immense. Torres’ 9 league goals were added by a single Champions League goal, but Torres’ influence exceeds his goalscoring abilities.

The experienced striker is proud to have the ability to fight for European glory with his hometown club as Atletico Madrid sit on the cusps on writing their name in the history book with what would be their first ever Champions League title.

In the end, a closer look to the stats reveal a frightening fact for all the Real Madrid fans.

Los Blancos have won just one of their last ten encounters against Atletico Madrid and the odds are firmly stacked in Rojiblancos’ favour.

What is your opinion, 11th or first ever European title?