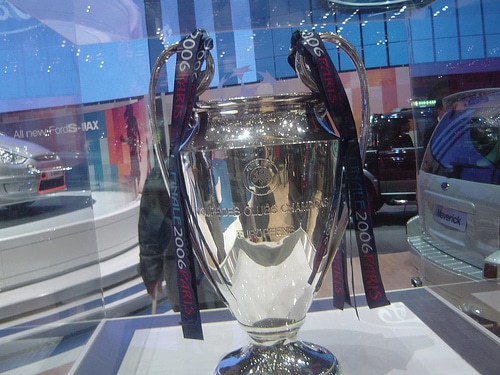 It’s a vital week for the English clubs in the Champions League. The Premier League clubs have varying tasks with some clashes harder than others.

Manchester United face Russian side CSKA Moscow at Old Trafford on Tuesday night. The Red Devils can qualify for the knockout stages with a victory but the English champions have a host of injury problems.

England striker Wayne Rooney could miss the game due to the birth of his first child on Monday. United were without Nemanja Vidic, Ryan Giggs and Rio Ferdinand in their 2-0 victory over Blackburn at weekend.

Defender Vidic looks likely to recover in time to take part in the game but Ferdinand and Giggs are less likely to feature. South Korean midfielder Park Ji-Sung could make a return to the team after a recent knee problem and Scottish midfielder Darren Fletcher will also start for United.

Sir Alex wont be taking any chances with any of his top stars with the top of the table clash against Chelsea next Sunday. United have already beaten CSKA 1-0 in Russia and a repeat is likely. Even with players United’s absentees they should have enough to defeat the Russian’s and progress to the knockout stages.

Chelsea also play on Tuesday night they visit struggling Spanish side Atletico Madrid. The Spanish side have a new boss Quique Sanchez Flores but their fortunes haven’t improved much since his appointment. They are currently bottom of the group with just one point and in the La Liga relegation zone.

Chelsea also need a victory to progress to the knockout stages. Chelsea will be boosted by the return of striker Didier Drogba, who has served a three game European suspension. Boss Carlo Ancelotti has told his squad to concentrate on this game and not to be distracted by the big game at the weekend. The Blues should be too strong for Flores’s struggling outfit. A defeat for the Spaniards would make it very difficult for them to qualify for the knockout stages.

A must win for Reds

Liverpool face a must win trip to French side Lyon on Wednesday night. The Merseyside club are currently in crisis after five defeats in six games in all competitions. The French side will be all but qualified for the knockout stages with a victory over Rafa Benitez’s men. Liverpool would then have to compete with Fiorentina for the second spot in Group E.

Liverpool also have injury problems. Star midfielder and captain Steven Gerrard hasn’t even travelled to France due to a groin problem. The Reds are also without defender Martin Skrtel, who has a muscle problem. Better news for Benitez is that striker Fernando Torres will be able to feature. David N’Gog, Daniel Agger, Glen Johnson and Fabio Aurelio will all have late fitness tests.

I have been very impressed with Lyon this season and believe they have lots of quality in their ranks. With Liverpool in such poor form it really wouldn’t surprise me if the Reds came away from France with nothing. A lot depends on how fit Torres is. However they depend far too much on Torres and the absent Gerrard and their struggles could continue at the Municipal De Gerland. It will take a big performance from the available players to dig out a result in France.

Arsenal too strong for Dutch

Arsenal face possibly the most winnable game when they face Dutch champions AZ Alkmaar at the Emirates Stadium. Arsenal threw away a lead late on in Holland but I can’t see them slipping up here. The Dutch champions are midtable in the Eredivisie and 14 points behind leaders FC Twente.

Arsenal will prove too good for Ronald Koeman’s side. They aren’t as strong as last season and have struggled away from home. AZ still have a chance to qualify for the knockout stages but a defeat at the Emirates won’t help their cause. I expect Arsenal to beat AZ comfortably. They may even produce another display of fantastic football that we have became so accustomed to seeing.