Chelsea fans should be encouraged by Euro 2016 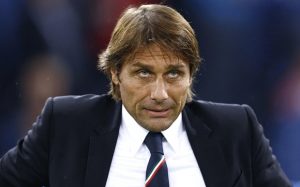 Last season was a nightmare that Chelsea fans are still just waking up from. Somehow the Blues went from champions to a team that eventually finished 10th in the table after briefly flirting with the relegation zone.

The appointment of the highly-controversial, but successful Italian boss Antonio Conte is regarded as a gamble by some.

If there were any doubts about Conte’s ability to be successful then Italy’s overachievement at Euro 2016 will bear testament to the Italian’s work.

It is all about preparation

During his time as Juventus boss he built a reputation as a shrewd tactician who got the best out of his players. His preparation for games is reported to be meticulous and that shows in how his current charges are performing.

Dubbed ‘the worst Italian team in 20 years’ by the media in their homeland the Azzurri are no doubt a well-organised and drilled team under the fiery Conte.

Their impressive performances in France are down to Conte’s preparation work, as the Italian looks at every minute detail to win games. Italy are regarded as a team with no stars, with the team the star, aided of course by good management.

Italy’s current squad are a group of highly professional and experienced players who Conte has guided to the quarter-finals in France, having dispatched European champions Spain 2-0 in the last-16.

Italy’s preparation and organisation at Euro 2016 has been in stark contrast to the chaos of England. The two teams differing fortunes illustrates the difference between a top coach like Conte and a mediocre boss like Roy Hodgson.

Conte will not be intimidated by Chelsea egos

Antonio Conte has gathered a reputation as a boss that takes no messing about. If he believes a player is not being professional he will either sort out the situation or sell the said player. Conte is a fiery character and certainly no respecter of reputations or egos.

The Chelsea dressing is no place for the weak. Players downed tools under former-boss Jose Mourinho, who although a very good manager and man-manager is not known to be that hard on his players. Conte will throw his weight around if he thinks people are not doing their job on the pitch or in training.

The 46-year-old brings an intensity that is simply incredible. The players take that intensity and will-to-win on board and want to play for the former-Juventus boss. Recently Sunderland and Italy midfielder revealed: “Conte is a strong manager in every way. He is a manager the players love to play for.”

Any players that down tools at Chelsea next season will be given short-strife by Conte and be kicked out the Stamford Bridge exit door, maybe even literally if the fiery Italian boss is involved.

Chelsea will be title contenders under Conte

Following Chelsea’s disastrous campaign last season it could take the Blues awhile to recover. The former-champions are odds of 13/2 next season to win the title, which makes them fourth favourites to be crowned champions.

Those odds are understandable considering the Blues underperformance last season and the big arrivals in the dugouts at both Manchester City and Manchester United. However it would be a major surprise if Chelsea are not challenging for the title once again, sooner rather than later.

For me Antonio Conte will be an excellent appointment by the Blues. At 46-years-old Conte has already proven his managerial acumen and ability to pull the best out of his players.

The fiery Italian is still very young in terms of top level bosses, but he has already achieved lots of success in his career. Italy have a Euro 2016 quarter-final with Germany on Saturday in Bordeaux, I for one would not back against the Azzurri making it to the semi-finals.

The fact that the current Italian team is in the quarter-finals is proof, if it was needed, that their boss Antonio Conte is a very good tactician. Even if Italy falls at the last-eight stage I am sure that most Chelsea fans will have been notably impressed by their clubs new boss and will be excited for next season.

Will Antonio Conte prove to be a good appointment by Chelsea?