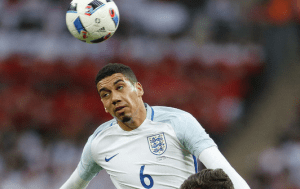 England played their final warm-up match before heading out to the 2016 European Championship in France having welcomed Portugal at the Wembley Stadium on Thursday night.

The Three Lions entered the game eager to make it three on the trot win a win that would be and ultimately has been a huge morale boost before the big thing right across the English Channel.

England boss Roy Hodgson used the final preparation match to test his desired formation and opted to go for a diamond in the middle with Wayne Rooney right behind the two strikers Harry Kane and Jamie Vardy. Hodgson decided to put Dier and Alli on the flanks with James Milner as defensive midfielder in front of the back four consisting of Walker, Cahill, Smalling and Rose.

Surprise inclusion Marcus Rashford was left on the bench for the occasion and did not get the chance for a run in the entire 90 minutes.

Portugal came to England without Real Madrid duo Pepe and Real Madrid who got the extender time off following their Champions League success last week, but even without their main star the visitors proved to be a tough nut to crack.

The game between England and Portugal proved to be a disappointingly uneventful affair with not many chances on both sides of the pitch.

In terms of goal scoring chances there was very little to talk about in the first 45 minutes.

Wayne Rooney initiated the best chance during the first period as he collected the ball in midfield before sliding it through to Kane on the right. Tottenham Hotspur striker sent a low striker to Rui Patricio’s goal but the Portugal shot stopper was spot on with his save.

A moment that took the limelight happened ten minutes before the break when Bruno Alves was sent off for a horrendous high challenge on Harry Kane. Portugal man saw a straight red for his flying tackle when Kane’s face was met with Alves’ boot during a run.

England looked disorganised and out of balance through most of the proceedings as the obvious anxiety took better of Roy Hodgson’s men. England boss has made a couple of changes in the second time and it must be said that Jack Wilshere and Adam Lallana’s introduction did bring an extra dimension to England’s play.

Having struggled with rhythm despite the numerical advantage, England managed to gain momentum in the closing stwges of the game with Daniel Sturridge being the one to test Rui Patricio’s reflexes with a surprising shot at goal and make his mark after missing both of the previous warm-up games for England but his effort went just wide of the right post.

Three Lions got back on the front foot with ten minutes on the clock through Lallana and Wilshere who proved to be most agile and fresh members of the team.

Still, it was not until the 86th minute that we saw a breakthrough.

Kyle Walker sent a cross inside the Portugal’s area, but Rui Patricio did well to punch the ball out of the box to Jack Wilshere’s feet. Arsenal man passed it on to Raheem Sterling on the right who curls a cross into the middle for Chris Smalling’s glancing header into the net.

It was a clever shot from Manchester United defender who gave Roy Hodgson a reason to be happy about despite a poor performance from his England squad.

The boss is aware his team is a work in progress, but is determined to put all pieces together for the opening match of the group stage against Russia.