England 2-1 Wales: Five things we learned as Lions leave it late to put Dragon to sleep 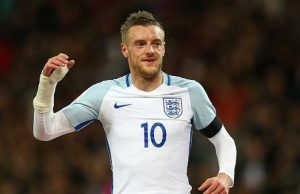 From the moment Euro 2016 groups were drawn with England pitted against their neighbours Wales it was announced as one of the most anticipated games between neighbouring countries in a while.

Having waited for 50 years to get back on the international scene Wales have went on to a good start to their Euro 2016 campaign with a win over Slovakia followed by a great opening to the game against English.

Gareth Bale opened the scorings to set Welsh dreams in flames, but Roy Hodgson’s wise substitutions and bold approach in the second part of the game made all the difference with super subs Jamie Vardy and Daniel Sturridge scoring to award England with a precious three points.

Here are the five things we learned from the match:

England manager opted to field an unchanged team which came under a barrage of criticisms back in the homeland following his team’s wasteful opener against Russia.

Three Lions dominated possessions in the first half, but failed to make it count as their play lacked width and cutting edge in attack. With plenty of attacking potential on the bench, Roy Hodgson waited until the second half and a great free kick goal from Gareth Bale to change his tactics and bring on Premier League champion Jamie Vardy which proved to be a wise decision.

All three England substitutions – Jamie Vardy, Marcus Rashford and Daniel Sturridge – managed to breathe fresh air into England’s play and bring much needed cutting edge which ultimately resulted in a deserved triumph from Roy Hodgson’s side.

Wales too dependent on Gareth Bale

Real Madrid winger Gareth Bale proved once more that he is a real leader of the Welsh team. Wales international has put in another impressive display for his country making 100% take-ons in the first half of the game, with 3 aerial duels won, two shots and one goal that separated two teams at the interval.

His world-class display was denied by England’s team effort which highlighted Welsh lack of the same.

Toothless in attack after the break, Welsh were only looking to get closer to goal through Gareth Bale, who left isolated and unable to put Joe Hart in any real danger in the remaining 45 minutes.

The Three Lions were one of few countries to end Euro 2016 qualifying with a perfect record and have headed into the final showpiece in France on the back of extremely high expectations.

Having left no visible mark at the international scene for more than 50 years, England have been placed under a huge pressure in their homeland as Roy Hodgson’s young and exciting team was believed to be capable of achieving something great.

Denied by Russia in their Euro 2016 opener, England almost became victims of high expectations and increased pressure once again as they came dangerously close to leaving the tournament in early stages.

Roy Hodgson took responsibility to alter his tactics and exploit the attacking potential in order to save his country from disappointment and should be applauded for his bravery.

One of the Welsh players who made headlines for all the right reasons and one who deserves to be saluted through his own section in this article is definitely Joe Ledley.

Crystal Palace midfielder broke down in tears in May after hishairline fracture of fibula ruling him out of the FA Cup final and putting his Euro 2016 appearance in doubt.

The 29-year-old made a remarkable recovery to get back to action and be one of the most prominent players on the pitch against England. His fitness prevented him from making full 90 minutes on, but his relentless spirit deserves applause.

Jamie Vardy must star for England

Premier League champion Jamie Vardy possesses a killer instinct that was once again on display in a match against Wales.

Toothless Harry Kane, who is having a dreadful Euro 2016 campaign has to be sacrificed in the final match against Slovaks as Leicester City star boasts more energy, pace and a cutting edge that Tottenham man lacks at this tournament.

It took Vardy only ten minutes following his introduction to score and incredible piece of stats saying that Vardy averages a goal for England once every 20.75 days since his first international goal is enough of a proof that Roy Hodgson must start every game with this Fox in the box.