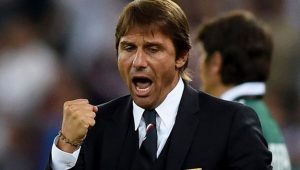 Mammoth match was seen in the Euro 2016’s last 16 encounter between Italy and Spain with two of Europe’s heavyweights locking horns in what has been a memorable duel.

Goals from Giorgio Chiellini and Graziano Pelle were more than enough to see off Spain in one of Italy’s best performances at the tournament.

Italy showed pure class to knock our defending champions and reach the quarter-finals of the 2016 European Championship final in France.

Here are our 5 conclusions regarding the match in question:

Four years ago Spain and Italy faced each other in Euro 2012 final to decide who would be crowned European champions and the result was empathic 4-0 victory for the Spanish who ended their European campaign in dominant fashion humiliating their rivals along the way.

The storyline was completely different this time out as Italy, clearly motivated to execute revenge on their Spanish counterpart, put in an inspired display to dispatch indisposed La Roja.

Azzurri have been outstanding throughout the game despite soaking up some pressure in the second half, but always looked in control of the game.

Spain national team have been deposed as European champions after 2,920 days losing their crown to a better side in Bordeaux.

Italy manager Antonio Conte has once again displayed his managerial brilliance with a brave, open approach to the game against La Roja.

Azzurri did not defend as many expected, but instead covered almost all parts of the Stade de France field with incredible pace and work rate. Tireless Italy pressed Spanish players high up, putting two or even three man on rivals during every Spain’s attack to showcase commendable tactical discipline.

Comfortably confident in the back, Azzuri got enough of a stronghold to develop their play and Danielle De Rossi’s nutmeg on Andres Iniesta perhaps is the best way to sum up this incredible game.

Spanish manager was utterly confused at the beginning of the game as La Roja displayed total lack of organisation in their play as they were unable to breach Italy’s 3-5-2 formation.

With Alvaro Morata as his lone striker, Vicente del Bosque failed to do what he thought would ultimately lead to success as his wide players failed to spread Italy’s play to leave space for Real Madrid striker.

The second half showed a change in formation when Spain head coach threw in Aritz Aduriz for Nolito shifting to a 4-4-2 and a much livelier half.

The Spanish weathered an early storm to push Italy back to their own half, but never had a cutting edge in front of goal to put the ball past Gianluigi Buffon.

End of an Era for La Roja

Many people wondered why Vicente del Bosque was still in charge following a disappointing 2014 World Cup campaign, as Brazil fiasco was deemed sufficient for his sacking.

Prolonged stay at La Roja’s bench was in a way a personal tribute to the man who won it all there was to be won with the Spanish national team.

Reserved, composed and disciplined in his public manner, Vicente del Bosque was a loyal servant to Spanish side, who will need to start a new cycle following the early exit from 2016 European Championship finals.

Managerial change will most likely usher additional changes in personnel with Andres Iniesta likely to reconsider his future with the national team and Iker Cassillas, who has been used as a sub at Euro 2016.

Italian defender has epitomised the Italian spirit at this tournament as he has seen his stock dramatically rise in France.

Juventus defender has become a true leader of Antonio Conte’s team and the latest Man of the Match performance against Spain is there to prove it.

He made five clearances and four interceptions as well in the game, adding an aerial duel and two block to his tally tonight. Industrious distribution in defence was just a cherry on top of his impeccable display.

Leonardo Bonucci has gone from strength to strength at the tournament and Italy are lucky to have such a versatile defender in their ranks.