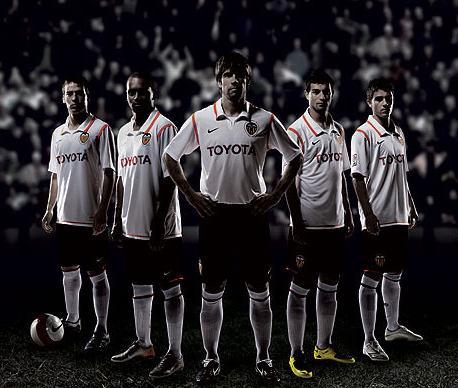 All the talk in La Liga this season has been of the rivalry between the millions of Real Madrid and the fantastic football of Barcelona.

This is nothing new in La Liga but other clubs such as Sevilla and Valencia have had superb starts to the season. It is Valencia who has impressed me in recent weeks.

Unai Emeryâ€™s side have started the season in good form and have only suffered one defeat in La Liga. The style of play has been typically Spanish with quick passing and movement. The players in his side are ideally suited to this style of play with the likes of David Villa, David Silva and Juan Mata all capable of one touch passing.

Despite the good start to the season Valencia are playing under the cloud of financial trouble. Their debts are said to be in the hundreds of millions. This debt has not been helped by the fact that the club couldnâ€™t sell the land that the Mestalla currently sits on. Los Ches are due to move to their new stadium next season. Unfortunately due to the lack of funds the construction has been suspended.

President Vicente Soriano has to find new investors or risk losing key stars like David Villa and David Silva. The Spanish internationals have been linked with numerous clubs during the summer including Premier League Manchester United, Chelsea and Liverpool. Both players were expected to leave last summer to raise funds to help out with the debts.

However Los Ches hung on to their prise assets and it could prove fruitful as the team have started to play some superb football. Silva and Villa have been the hub of the Valenciaâ€™s side for a long time but if they lose the pair it would be a devastating blow to their fans. The team finally look like they could challenge for a Champions League place after a short absence from the competition.

This season has seen the emergence of some top young stars. The most notable improvement has been that of Argentine midfielder Ever Banega. The 21 year-old was sent out on-loan to Atletico Madrid last season after failing to adapt to life in La Liga following a Â£15million move from Boca Juniors. He helped Atletico to fourth place in La Liga last season and a Champions League spot.

He returned to the club a rejuvenated player and has impressed in the Valencia engine room. He turned down a move to the Premier League with Everton as he wanted to prove himself at Los Ches. He has started to do just that this season with some good performances and is starting to prove he isnâ€™t an expensive flop.

Young attacker Juan Mata is highly rated throughout Europe and has just opened discussions on extending his contract to stave off interest from elsewhere. The 21 year-old is having the best season of his professional career and he has a bright future in the game. Unfortunately it may not be at the Mestalla with so much interest in the youngster.

At 24 years of age Pablo Hernandez is older than most players to make a breakthrough in to the first team but the midfielder is making a big impact. He has been at the club since 2004 but struggled to make it into the first team squad.

It wasnâ€™t until he went out on-loan to Getafe that he started to make progress. He impressed at Getafe and when he returned to Valencia last season started to play regularly for Los Ches. And this season he has impressed with his cheeky skills and vision. He has even kept enigmatic winger Joaquin out of the team.

Teams who were expected to be competing for fourth place Villarreal and Atletico Madrid are struggling badly in La Liga this season. Atletico have been awful this season and recently parted company with coach Abel Resino. His replacement is former Valencia coach Quique Sanchez Flores.

They find themselves fourth from bottom with Villarreal a place below in the relegation zone.Â  I canâ€™t see either side getting near Los Ches this season and I expect Valencia to claim fourth position in La Liga and a much needed lucrative Champions League spot for next season.