Who is the Premier League’s most under-fire boss? 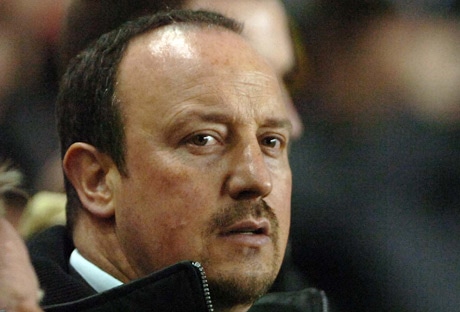 Two bosses at opposite ends of the Premier League spectrum have come under-fire in the last few weeks and months.

Those rumours were erroneous but the Orange one must be truly relieved to have lasted another week. The Tigers are certainly not purring at the moment and are struggling second from bottom in the Premier League.

Hull are suffering from that famous second season syndrome. They started so well last season but their second half of the season was awful and that poor form has continued into this season. A bad run is a hard thing to halt and at this current moment in time Hull don’t look capable of turning their season around.

At the moment they have the perfect recipe for relegation, in that they are struggling to score goals and are letting in far too many. They have conceded 16 goals in their last six games in all competitions and scored just two. The element of surprise from last season has gone and Hull are just a bunch of average players who are probably not good for the Premier League.

Phil Brown isn’t my cup of tea but I think he is a decent coach. I’m not convinced whether he is a Premier League manager. He did well to get Hull into the Premier League but there are concerns from Hull fans that he isn’t the right man for the job.

Phil Brown has got some competition for the mantle of most under-fire Premier League boss from Red Rafa. Its understandable that Benitez is under pressure after an awful run of results. Liverpool have lost five out of their last seven games. Their only victory came against bitter rivals Manchester United and they are on the brink of elimination from the Champions League after a 1-1 draw in Lyon.

The victory over United glossed over the poor run of results for a brief time and gave Rafa some breathing space but the pressure is now back after two disappointing results. Granted he has lost inspirational captain Steven Gerrard to injury and Fernando Torres has been playing through the pain barrier. However that’s his problem his team is far too reliant on the pair. That has became obvious to anybody with a pair of eyes in recent months.

There has been the theory that Rafa could be distracted by rumours linking him with the Real Madrid job. And a lot of Liverpool fans would be glad to see the back of the Spaniard and will be hoping that Real do come in for the former Valencia boss. However there are also some fans of the Reds that still have faith in Benitez. That band of supporters is growing smaller with every disappointing result.

Benitez and Liverpool fans have also been complaining about injuries. However if they are going to be a side that challenges for the league title then they need to be able to cope with a few injuries. Benitez should look over the park and see what a real injury list looks like.

I do believe that Phil Brown is in more danger of losing his job than Benitez. The simple reason is the Liverpool boss has better players to bail him out of their current slump. Brown however doesn’t have the same class of player. Brown has been reassured by his chairman that his job is safe for now but I can’t see him lasting too much longer. Hull City will certainly be a duller club without him.

the biggest difference is : the fat spanish waiter has recently snatched a new contract somehow. a pain in the ass for liverpool fans

@xavi89 – LOL! I guess “the fat spanish waiter” is getting too good tip to be quitting his job

I still have to say Benitez since he has spent quite a lot of money during his year in charge, and yet he’s been far from winning the EPL title (except for last season). It looks like the gap between Liverpool and whoever wins the title, could be the largest ever this season.