All the favourites at Euro 2016 have definite weaknesses 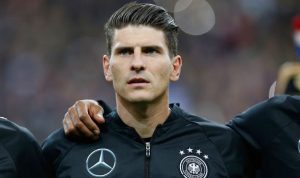 Euro 2016 has reached the knockouts stages with the first games of the last-16 games taking place later today throughout France.

At the beginning of the tournament the usual suspects were regarded as favourites.

The likes of France, Germany and Spain were regarded as favourites to win the trophy and still are, but all three favourites have shown definite weaknesses so far at Euro 2016.

Here is a lowdown on those aforementioned teams’ soft spots:

France headed into this tournament as one of the favourites to go all the way on home soil. The main reasons were home advantage and the fact that they have a number of highly-rated players in their squad, including Juventus midfield star Paul Pogba and Atletico Madrid striker Antoine Griezmann.

Les Bleus were unconvincing in the group stages though, needing very late goals to seal victories over Romania and Albania, who produced highly-resilient defending but offered only a limited threat going forward.

France’s opponents in the last-16 the Republic of Ireland may offer a bigger attacking threat, but they are also likely to sit deep and attempt to hit France on the break through the pacey Shane Long.

The rare times that opposition teams have threatened the French defence they have looked highly-suspect. If France keep producing defensive displays like they have of late then the better teams are likely to find them out in the latter stages of this competition.

Didier Deschamps men are still favourites at odds of 4/1 to win the competition, but they must improve and very fast to make it all the way.

Germany have had problems hitting top form since winning the World Cup in 2014 in Brazil. They have a talented group of individuals, who are for the most part very good technically.

However their biggest weakness was exposed against a very well-drilled Poland side, they lack a top striker. Die Mannschaft failed to get a shot on target against the Poles, something that has not happened since a 1988 clash with Italy at the European Championships.

For all the creative midfielders like Mesut Ozil, Julian Draxler, Mario Gotze, Toni Kroos and Andre Schurrle they lack a centre-forward who will bag them an important goal. Bayern Munich star Thomas Muller has been prolific at both club and national level, but he tends to play from the right.

Having started the competition with Mario Gotze playing as the false number nine they have turned to their only out-and-out striker in the squad Mario Gomez. The Fiorentina striker found the net against Northern Ireland and is a decent focal point for the team.

However, he is not of the same quality of his international teammates. He has been out-of-favour with the national side for a long time, so for Joachim Low to turn to him now suggests that Germany have very few forward options.

The lack of a quality forward may not hamper their progression past Slovakia in the last-16 of the competition, but may do if they come up against better quality defences in the latter stages.

For so long Spain’s style of football had the world mesmerised, until a terrible 2014 World Cup saw La Roja’s domination of world football come to an end. They are still reigning European champions and could win a third consecutive European Championship title in France this summer.

Vicente del Bosque’s team still plays nice football, but the team seems to lack the killer touch. They still play nice passing football, although they often overplay at times. Whereas that worked for La Roja in the past, times have moved on.

Their last group game against Croatia perfectly illustrated my point. The game was perfectly posed at 1-1 when Del Bosque’s side were awarded a rather dubious penalty-kick.

The Spaniards have a number of attacking players who could step-up to take the penalty, but who steps up Real Madrid centre-back Sergio Ramos, not somebody that is renowned for his prowess from the penalty spot.

The defender saw his spot-kick saved by Croatia ‘keeper Danijel Subasic and Croatia won the game 2-1 courtesy of a 87th minute winner from winger Ivan Perisic.

Why let Ramos take the penalty kick when there are far better options to take it on the field? It is that sort of lack of killer touch that could cost La Rioja in the latter stages. The loss against Croatia means that the European champions face a tricky last-16 clash with Italy and are in the side of the draw with all the European big boys.

Still favourites to win the tournament

Despite the apparent weaknesses of the three aforementioned teams they are still favourites to win the competition and have vast amounts of quality. However, if anybody could exploit the weaknesses of these European football giants then there could well be a surprise winner of Euro 2016.