Allegri could take a sabbatical

Nebojsa Markovic in Serie A, Transfer News & Rumours 27 May 2019 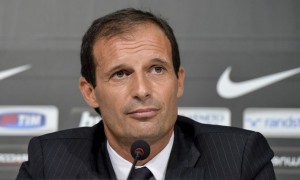 Max Allegri has finished his job at Juventus. After winning yet another Scudetto, but failing to make an impact in Champions League, the Turin club decided it was time to change things. After his final match with the Old Lady, a 2-0 loss to Sampdoria which meant nothing for either side, Allegri talked about his future.

“When there is an opportunity, I will return to the bench, otherwise I will take a year off,” he told DAZN after the defeat to Sampdoria. If I have the opportunity to choose, I will choose a team that I like. Concrete offers? Still no. Talking about the future now makes no sense.”

Talking about the next Juventus manager, Allegri hinted at how easy things could be for that person.

“Whoever arrives will find a team clearly stronger than the others,” he added. “There is a 90 per cent chance of winning the league again.”