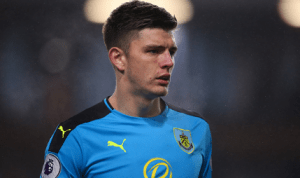 It looks like Bournemouth are not actually looking to strengthen the squad in goalkeeping positions. According to the Bournemouth Echo, the Cherries are not interested in Burnley goalkeeper Nick Pope. Such claims, that Eddie Howe is looking to sign the English goalkeeper, are inaccurate, the report points out.

Bournemouth have been linked with Pope for some time, who has barely featured for Burnley this season. Pope first had injury issues, which made Joe Hart an automatic number one, due to Tom Heaton also being injured for a big chunk of the campaign, but since he got recuperated, Heaton has been the undisputed first choice.

That meant Pope was limited to sitting on the bench and Bournemouth were mentioned as the potential move for the 26-year old. It looks like that will not be the case and Pope will not be moving to another club, at least for now.