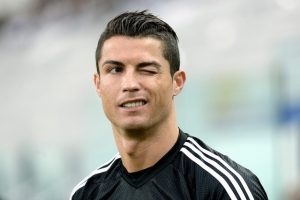 Last year I wrote an editorial about Chelsea striker Diego Costa being the ultimate pantomime villain. However, how could I have forgotten that great panto dame Cristiano Ronaldo?

The histrionics, the hissy fits and the perfect hair all give credence to his status as The Ultimate Pantomime Villain.

However, for all the facets that people hate about the 31-year-old he is actually a blooming good footballer.

He and his Portugal teammates take on France on Sunday in the final of Euro 2016 and it is not beyond the forward to make a winning contribution in that clash.

People love to loathe him

People love to loathe Cristiano Ronaldo because in essence he is everything that people have come to loathe about the modern day footballer. He comes across as vein, a playboy who drives fast cars and dates hot women.

In truth he may be all those things, but in truth they should not detract football from his football ability. To be honest I have never been Ronaldo’s biggest fan as a person, but as he has got older and matured he has started to show slightly, I say slightly more humility to us mortals.

As you hear more about Ronaldo as a person, the humanitarian work he does and the money he donates to good causes you realise he is not the Darth Vader of football, as he is sometimes made out to be.

The guy is passionate about football and is just so desperate to be loved and admired by the fans, but has through his own doing created an image of himself as a playboy millionaire who is easy to dislike, yet you get the sense that he has almost become a caricature of himself.

Ronaldo’s comforting of Real Madrid teammate Gareth Bale at the end of the Selecao’s win over Bale’s Wales illustrated his true character. He may come across as cocky and selfish, but something tells me is a good guy lying under that perfectly fettled image.

He is one of the greatest players ever

Cristiano Ronaldo will go down as one of the greatest ever footballers. He is often dismissed because of his public persona, but his statistics in the club and international game suggest he has to be ranked right up there amongst the best.

Ironically his performances at Euro 2016 for Portugal have been criticised because fans are so accustomed to him carrying an average Portuguese team on his shoulders. Despite his perceived under-performance in France he has produced three goals and three assists.

All of his contributions at Euro 2016 have been crucial. His two goals against Hungary in the 3-3 group stage draw with Hungary basically saved the Selecao from elimination at the group stages.

His goal and assist against Wales was Ronaldo at his best, as he burst into life for a couple of minutes and was involved in the two most important actions of the game. In fact they were the defining actions of the game, which the 31-year-old does so often.

Cristiano Ronaldo could well help his country of 10million people become European champions on Sunday night, as they take on host nation France in the final.

Ronaldo and Co are major underdogs at odds of 7/2 to record a win, but the current Portugal team would be nowhere near the final without Ronaldo’s contributions. The forward has contributed so much to his national teams cause both at Euro 2016 and in previous tournaments, so much so that the team are over reliant on their star player at times.

Winning an international tournament with his country may just give him the acknowledgment that he seems to so badly crave.

Ronaldo will go down as one of the best footballers ever to grace the football pitch, but winning the European Championships will not make Cristiano Ronaldo more loveable. In fact it may make him even more unpopular, as France seems to be the neutrals favourite.

Ronaldo may just have to accept that there will always be haters, no matter what he does and unfortunately his football ability will always be overshadowed by his image and perception of his character.

Does Cristiano Ronaldo deserve more love than he gets?