Dyche not worried about McNeil speculation 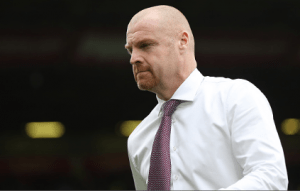 Burnley manager Sean Dyche is having another good season at the Turf Moor, even though it did not look like it in the first part of the season. Ever since, the Clarets picked themselves up and some players even started putting in performances that are making the big Premier League boys taking a closer look and one of them im Dwight McNeil.

The 19-year old forward is being linked with the likes of Newcastle, Everton, Arsenal and even Manchester City, but Dyche is not worried about the prospect of the player leaving.

“He [McNeil] has been here long enough to see that happen to other players, hopefully he’ll take it as one of those things. He’s certainly in a balanced environment here, where I can’t see him running away with any outside noise.  Dwight seems to be quite steady and enjoying his football. That’s what I want him to do, play with a smile on his face and enjoy the challenge”, Dyche said.