England must play Harry Kane and Jamie Vardy up front 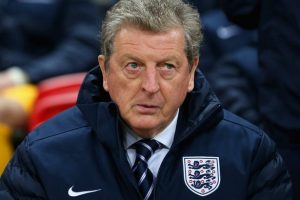 It is starting to become fashionable again in football for teams to play two strikers after years of one up front.

The likes of Leicester and Atletico Madrid are prime examples of teams who have thrived this season by playing two up front.

England defeated Turkey on Sunday 2-1 in one of their warm-up friendlies for Euro 2016.

One of the most noticeable aspects of the win was the understanding of prolific Premier League pair Harry Kane and Jamie Vardy up front.

Vardy played on the wing for 55 minutes, before being switched to a central striking position, from where he scored the winning goal.

Both strikers got on the scoresheet, despite England not being at their best. The pair showed their ability to bail out the Three Lions even when Roy Hodgson’s team are not playing well.

Prolific in front of goal

In terms of sheer goal scoring Tottenham’s Harry Kane and Leicester’s Jamie Vardy were outstanding last season. The pair were the two highest scorers in the English top-flight with Kane scoring 25 goals and Vardy bagging an impressive 24 for the season.

Vardy helped inspire one of sport’s biggest underdog stories in Leicester’s title victory, while Kane also inspired Tottenham’s unlikely title challenge, which petered out in the end as Spurs finished third in the English top-flight.

However, Kane and Vardy are not just about goals. They contribute a lot to the team and work hard for their team.

Fitting them into a formation

England boss Roy Hodgson has favoured two up front in the past, but at times he has played with one up front in his reign as Three Lions boss. Kane and Vardy’s form has been hard to ignore and surely have to be included in the starting line-up for England’s first game at Euro 2016.

Their form and blossoming understanding has given Hodgson a conundrum in how to create a formation that accommodates two up front. Vardy has at times played on the wing for Leicester and now England, although his best form has come when playing through the middle.

The 29-year-old playing on the wing at the Euro’s cannot be completely ruled. England boss Hodgson has been experimenting with a midfield diamond, which has so far produced mixed results. The performance was not great against Turkey.

Hodgson must figure out which four players should play in that midfield diamond. There are a lot of different midfield permutations and who plays in midfield could be the key to a successful tournament for the Three Lions.

Kane’s relationship with club mate Dele Alli means the youngster has to be included in England’s starting line-up at the Euro’s. Alli provided Kane with eight goals last season in the Premier League.

Alli won the English Young player of the Year and was majestic in his debut campaign in the English top-flight. It would be harsh for the midfielder not to be included in the England’s opening game.

Always have a chance

England heads into Euro 2016 as fourth favourites to win the trophy at odds of 17/2. The Three Lions do not have the strongest squad or team in the competition, with the likes of France, Germany and Spain rated as having better squads.

With Kane and Vardy in their squad though, Hodgson’s side are always likely to be a threat to opposition defences and they will always have a chance of winning games.

Opposition teams will not get a second of peace with the energetic Vardy up front. Kane’s movement and intelligent running will also cause opposition defences problems.

In their limited time together on the pitch the pair have proven that they can help the Three Lions win games. As a pair they complement each other perfectly, as a partnership they have all the attributes needed to be successful.

England are far from the finished article at the moment with question marks over their defence and who should play in midfield. Roy Hodgson still has some experimenting to do in the upcoming friendlies, but one thing is for sure if Harry Kane and Jamie Vardy start up front then they will deliver goals for the Three Lions.

Will Harry Kane and Jamie Vardy start as a pair at Euro 2016?

Yah… Its true… but Jamy Verdie is now going to approach towards another great match of his life… his wedding!!!