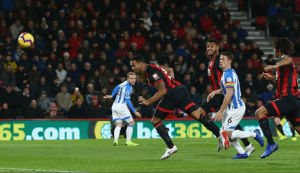 Everton have joined a list of Premier League clubs interested in signing Callum Wilson this summer. According to The Sun, the Bournemouth forward is now target for the Toffees, but Marco Silva’s side will be just one of the other clubs in the league eager to sign the Englishman.

Wilson, who is still 27 and entering his best footballing years, has scored 11 Premier League goals this season and made his England debut, which was part of a great comeback following a couple of really bad knee injuries which have hampered in him in recent years. But despite all of that, Wilson has continued improving and no wonder there were teams like Chelsea, Leicester City and West Ham United all interested in him.

The Sun claim the player could cost up to £40m, but it looks less realistic for such a transfer to happen with Everton, maybe if Richarlison was to be sold for a similar sum to open up space.