Footballers should be better role models 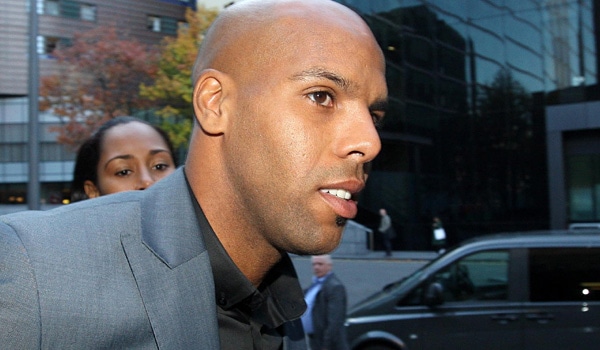 Wigan Athletic striker Marlon King being jailed for 18 months for an assault on a young woman has showed just how footballers can go off the rails. The 29 year-old has apparently been in the dock seven times for several different offences.

At his age he should have known better, footballer or not. He tried to impress his victim by telling her â€˜Donâ€™t you know Iâ€™m a millionaireâ€™.

Itâ€™s the typical footballer mentality. Iâ€™m sure Kingâ€™s manager Steve Bruce is appalled by his strikerâ€™s behaviour and Wigan have quite rightly decided to terminate his contract.

These are young men with far too much money and not enough sense in some cases. These in many cases are people who have had hard upbringings but that is no excuse to behave like a barbaric thug. Kingâ€™s behaviour would be unacceptable in any walk of life but as a footballer he is role model to youngsters.

There are some footballers who think they can do whatever they like just because of who they are and what they do for a living. These players seem to listen to nobody and act however they please. If they had as much sense as money then they would behaving like human beings not the animals that they are sometimes seen as.

There are some footballers that live their lives in a professional manner and conduct themselves in a way they can be proud of. These are the players who decide to shun the media attention and instead lead clean quiet lives. These top professionals are sometimes accused of being boring or uninteresting just because they don’t live their life in front of the cameras.

There are some exceptional managers also in the game that control the private lives of their players and the players are better off for it. Sir Alex Ferguson has played a key role in the lives of the likes of Ryan Giggs and the Neville brothers Phil and Gary. His strong personality and almost fatherly attitude toward his players have kept them on the straight and narrow.

The ones that got away

Even Sir Alex Ferguson couldnâ€™t stop the likes of Lee Sharpe partying. The former United winger had a lot of skill and potential but never seemed to live up to it because of his liking of drinking, partying and women. He has become more famous for his appearances on reality television than the football pitch. It was a sad waste of talent and a typical example of money going to a young footballers head.

Another example of off field distractions was that of former Everton, Ajax and Inter winger Andy Van Der Meyde. Although he has suffered from personal problems, he has also suffered from the distractions of the Liverpool nightlife.

He was a talented star who was a Dutch international when he arrived at Everton. His contract expired this summer after barely appearing in a Blue shirt. He also earned the nickname â€˜Shandyâ€™ while at Everton due to his liking of the odd beer or two.

Footballerâ€™s lives are always under scrutiny from the media and they know that if they do commit an indiscretion that they are likely to be found out. If footballers behave themselves then they can use the media to their advantage just like David Beckham has in his bid to take over the world.

It hasnâ€™t all been plain sailing for the England superstar as he too has suffered at the hands of the media, after the English media revealed an alleged affair. However he has used the media to make himself untold millions from their interest in his life.

Footballers now have more money than they can spend and some are millionaires before their even out of their teens. They need to realise that their actions have far reaching effects on other peopleâ€™s lives. They also need to start living in the real world. Not the little footballers world that a lot of the top stars live in.

A good example of rehabilitation is that of former Arsenal defender Tony Adams. The former Gunners captain suffered with alcoholism and was jailed for driving while under the influence of drink. He got over his troubles and decided that he wanted to make a difference for people in a similar position to him.

He went on to co-found the Sporting Chance clinic which helps athletes get over addictions and other personal demons. Adams is the perfect example of how footballers can turn their lives around. Some of the younger footballs should take heed and listen to the former Arsenal captain.