How can England recover from Iceland calamity? 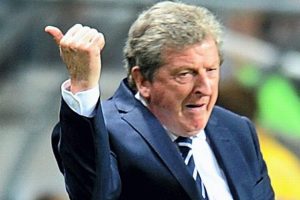 England suffered one of their most embarrassing ever international defeats on Monday night as minnows Iceland defeated the Three Lions 2-1 in the last-16 of Euro 2016.

The performance and result meant boss Roy Hodgson simply had to go and he duly resigned after the game.

In truth though the problems run deeper than just their veteran manager being indecisive and the English FA now have a mess to clean-up, as there is no obvious successor to Hodgson.

Unprepared and no direction

First of all I have to give Iceland a lot of credit they are the smallest nation to ever have featured in a European Championship, yet they have defied the odds to record their biggest international result against the Three Lions.

They richly deserved their victory, but the Nordic nation would have been surprised at how easy it was for them to make it past England.

England looked like a team of strangers on the pitch, running around like a bunch of kids on a school playground, no direction to their play and desperate passing at times. They looked like they were unprepared against a team that has been highly-organised throughout qualifying and the group stages.

The England staff had six days to prepare their team and knew exactly how Iceland would play, yet did not have a strategy to break their underrated opponents down. England went into this tournament without boss Hodgson knowing his best team or his best formation, never ideal preparation for a major international tournament.

The fact that he has made so many changes in his starting line-ups suggests that he was unsure of some of his players. A good manager can make poor players look good, while a mediocre boss can make good players look poor. Hodgson fits into the latter category.

He was a safe pair of unexcitable hands, who would not cause problems for the FA. However he never deserved the job and showed just how well he could do it with the fact that England players looked like they were not a team, unlike their opponents.

England went into this tournament with a relatively inexperienced team, but the likes Joe Hart and Wayne Rooney have been there and bought the t-shirts at international tournaments of the past and they have the emotional scars to prove it.

Hart now has another scar to add to those previous failures, after letting the winning goal squirm under his hands and into the net. There are major doubts about Hart’s place in the national side following two clangers in France and rightly so.

To be fair Rooney had produced some decent performances in central midfield, but endured an ineffective night against Iceland.

It would be unfair to pick on the duo though, but they are the most experienced players in the team and should be setting an example to the younger players. Hart often creates nervousness in an average defence by looking pumped-up, when a team needs their ‘keeper to be calm.

What next for England?

England now needs to find a successor to Hodgson and no doubt it will be another uninspiring FA yes man, probably under-21 boss Gareth Southgate.

England may need to go down the route of a foreign coach once more, as English bosses have proven they are much of a muchness when it comes to ability to get the best out of their teams, see Sam Allardyce and Alan Pardew.

One young boss Eddie Howe of Bournemouth has shown a fantastic ability to get the best out of players, but needs to gain far more experience to manage the national team. The rookie boss has had just one season as a top-flight manager. Hopefully he can develop his ability in the future.

The England national team needs major changes from top to bottom if it is ever going to be successful at future international tournaments. However that has been the case for a long time.

England players are often overrated. The Three Lions do have decent players and as Iceland proved a team does not have to have the best players in the world to win at international level, while in the Premier League Leicester proved the point.

What both teams have in common is that they are real teams full of players that play with passion and are not pampered pre-Madonna’s.

English football has just experienced its most humiliating defeat in modern day international football and the incredible thing is Iceland did not even have to be at their best to beat them, which quite frankly is an embarrassment.

Iceland have been the surprise package at Euro 2016, but will be major underdogs at odds of 9/1 when they face France in the quarter-finals of the competition on Sunday.

I for one will be cheering on the Nordic nation on Sunday, quite simply because it will be nice to watch a team who are so passionate about playing for their country.

Hopefully one day England will be able to produce a team with enough passion and ability to make it to the quarter-finals of an international tournament. I am not holding my breath though.

Who should be the next England boss?