Hull show Leicester that it’s tough at the top 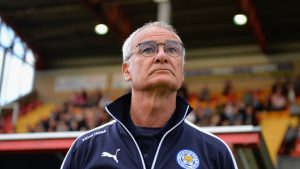 Well, my do football fortunes changes in a flash. Last season’s English champions Leicester were handed what seemed like a perfect opportunity to get their title defence off with a win, as they travelled to newly promoted crisis club Hull City on Saturday lunchtime.

In a twist that only the Premier League could produce, the Tigers with only 13 fit players to choose from and with no permanent boss turned in a fantastic display to see off the Foxes 2-1 at the KCOM Stadium.

Leicester could have no complaints with the result, as the Tigers deserved their victory.

Not good enough from the champions

Sometimes champions may head into a new campaign slightly complacent, believing that their good form from the previous campaign will just continue. Unfortunately for Leicester, they looked lacklustre and rusty.

Last season the Foxes were so sharp with the likes of Riyad Mahrez and Jamie Vardy hitting teams with real precision. Against Hull, they looked like they were still celebrating their unexpected triumph from last May.

It would harsh to criticise Leicester for one display, but they are champions and if any other team had started the season as champions and produced such a result we would be doing the same. The Foxes are there to be shot at now. Pardon, the pun!

Claudio Ranieri’s side are champions and will be judged by those standards. The display at Hull was not good enough.

For me, something was missing from the Leicester team. The introduction of Demarai Gray and Ahmed Musa looked to add something to the Foxes team, yet the intensity was not the same.

The midfield pressing was not as intense and it seemed like the Foxes were just not at the races. It would be jumping to conclusion to say they missed French midfielder N’Golo Kante, but I will jump to that conclusion.

Kante’s replacement Andy King is a decent player, but he does not have the same dynamism of the French midfielder. King was only playing because Kante’s believed replacement Nampalys Mendy was absence due to the birth of his child.

Maybe Mendy will supply a similar energy and intensity to that of Kante when he does make it into the Foxes starting line-up. The Leicester defence looked to be all over the place against Hull, the absence of German centre-back Robert Huth not helping the situation.

His replacement Spanish defender Luis Hernandez endured a difficult debut, as he was given a tough introduction to life in the Premier League by Uruguayan international striker Abel Hernandez. Foxes fans will be glad to see Huth restored to the starting line-up for next weekend’s home game against Arsenal.

The Foxes are now a big scalp

Foxes boss Claudio Ranieri declared after the Hull defeat that this season was going to be more difficult, but that was quite obvious. Last season was a one-off, where a team with a very good spirit and no limited skill took advantage of the big spender’s struggles.

Not only does Leicester have to try to repeat their heroics of last season in the English top-flight, but they also have the fantastic adventure that is the Champions League to come.

Europe’s elite competition will be a great experience for everybody connected with the club, a reward for all their hard work last season. It will also mean travel and extra games, hence the reason Ranieri has invested in a bigger squad.

Leicester are highly unlikely to have a terrible campaign, as there were signs that some of their players are just rusty from pre-season and other exertions.

One game does not make a season, but the Hull game was typical of what the Foxes will now have to face. Last season they were given little respect by opposition teams. As champions, teams will be much more aware of their threats and have a better plan to deal with them.

Leicester now has to face the fact that they are considered a big scalp and starting the campaign with a defeat does not bode well for a title challenge.

Where will Leicester finish in the Premier League this season?